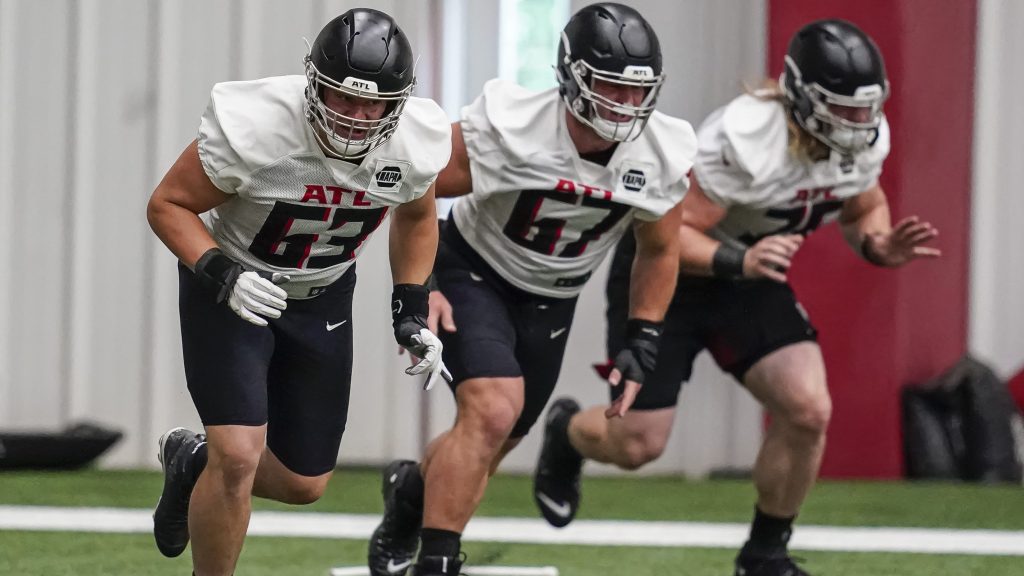 The Atlanta Falcons haven’t made the playoffs since the 2017 season in large part due to the play of the team’s offensive line.

Despite multiple attempts to upgrade this unit over the last few offseasons, the Falcons enter training camp with question marks at three of the five starting offensive line positions. The entire group should benefit from another year in Arthur Smith’s offense but there are still concerns, especially when it comes to pass protection.

Can you guess which tier the Falcons were ranked in? Atlanta is in the “uninspiring” category, something that should come as no surprise to anyone who watched Matt Ryan take 40 sacks last season.

“While Jake Matthews and Chris Lindstrom are quality starters, there are still too many glaring holes along this offensive line. The most unfortunate culprit is former first-round pick Kaleb McGary, who simply hasn’t improved in three years as a starter and yielded 41 pressures on the right side last season.”

McGary’s fifth-year option wasn’t picked up by the Falcons, so the former first-rounder is playing for a future contract. Will that be enough to motivate him, or will one of the newcomers like Germain Ifedi or Elijah Wilkinson beat him out for the starting right tackle spot?

As for Jalen Mayfield, the second-year left guard will need to show significant improvement this season or Atlanta will likely be looking to upgrade in 2023. Center Matt Hennessy also struggled in his first year as a starter, but the team didn’t add much…