What is Washington’s top remaining need? 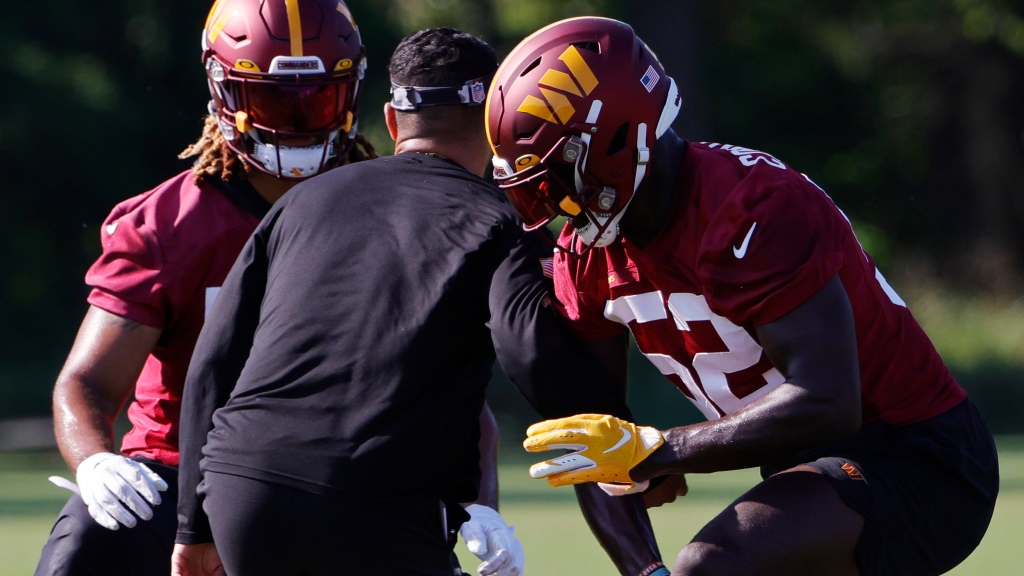 It’s true that you can’t fill every need in an NFL offseason. For the Washington Commanders, they found their quarterback in Carson Wentz and added first-round wide receiver Jahan Dotson in the 2022 NFL draft.

Back in January, head coach Ron Rivera hinted toward the Commanders looking to add a linebacker in the offseason. However, before the draft, general manager Martin Mayhew said he believed Cole Holcomb could be Washington’s answer in the middle, and Rivera later echoed Mayhew’s belief.

Therefore, the Commanders didn’t add a linebacker in free agency or the draft. Instead, Washington is counting on Holcomb and last year’s first-round pick, Jamin Davis, to take a big step forward.

Rivera said after the draft, Washington could still look to add a veteran linebacker. Five weeks before training camp, the Commanders still haven’t added a linebacker.

CBS recently reviewed every NFL team’s top remaining need ahead of training camp. For the Commanders, that position is linebacker.

The choice was between safety and linebacker, but Kamren Curl has performed admirably in every role he has been assigned. Darrick Forrest and Percy Butler provide youthful competition to veteran Bobby McCain. Former first-round linebacker Jamin Davis needs to take the next step in his career. There were flashes of his capabilities last season, but those moments were fleeting. Cole Holcomb has been a tackle machine in the past, but Washington is lacking a player who will consistently make plays at the line of scrimmage with the flexibility to drop into coverage.

The Commanders do need to add another linebacker. But how big of a need is linebacker? Considering…