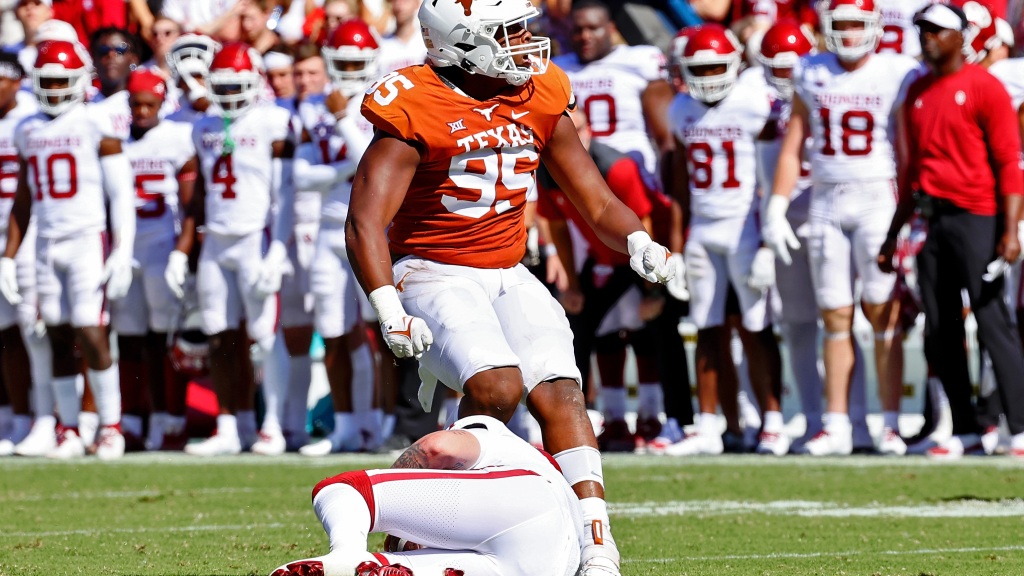 Texas’ defense left much to be desired last season.

Not much went their way as the Longhorns were unable to generate a pass rush, effort appeared minimal, and opposing teams rushed for over 200 yards per game.

Second-year head coach Steve Sarkisian chose to keep the same defensive coaching staff to provide some consistency. His decision to hire former TCU head coach Gary Patterson as a special assistant can only improve what was one of the worst units in college football.

Although Texas missed out on several proven pass rushers via the transfer portal, they were able to land an experienced and talented linebacker at a position of need in James Madison’s Diamote Tucker-Dorsey.

Athlon Sports recently previewed Texas’ defense ahead of the 2022 season, and many fans are hopeful for a better overall on-field performance this year.

You name it and last year’s Texas defense struggled with it, giving up 31.1 points and 201.6 rushing yards (5.2 yards per carry) per game while failing to muster a pass rush.

In the secondary, there are a lot of new faces in new places, starting with 6’3″ Ohio State junior transfer cornerback Ryan Watts, who seemed to lock down the starting boundary corner position in the spring opposite super senior field corner D’Shawn Jamison.

At safety, Texas has a melting pot of players who changed positions, led by Anthony Cook, who started at nickel last year; junior Kitan Crawford, who moved from cornerback; and sophomore…