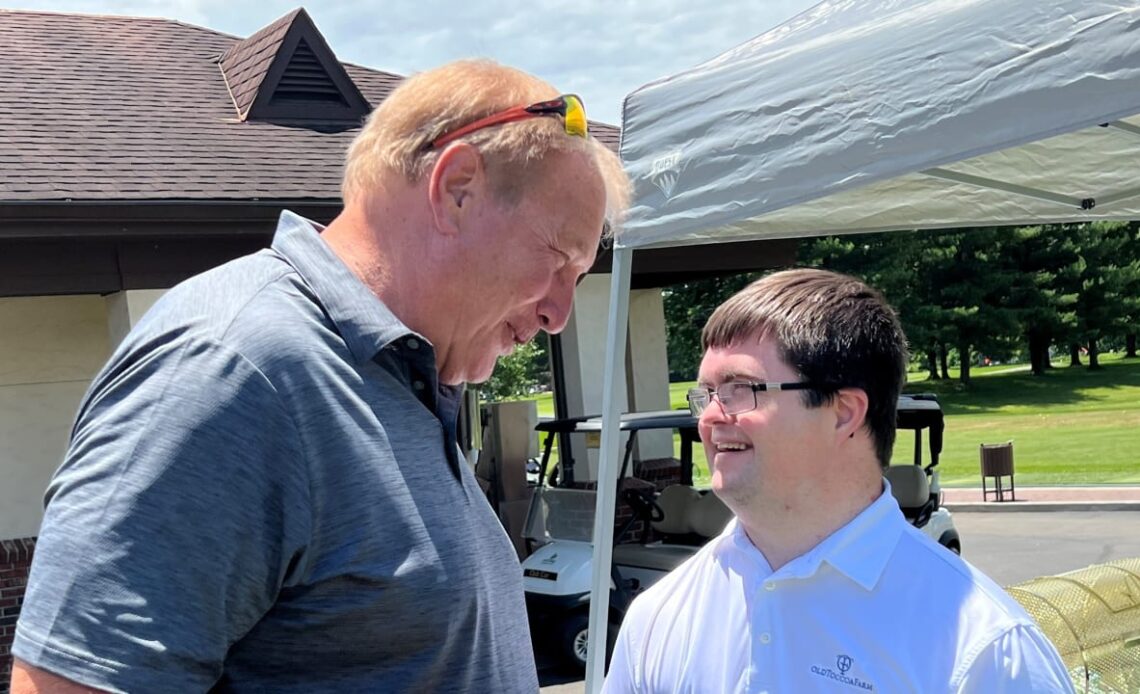 It’s been 35 years ago this month Anderson announced his retirement as one of the top quarterbacks of his era and yet he can still sell out both a morning and afternoon flight of charity golf. Lapham is headed into his 37th season as the Bengals radio analyst who translates razor analysis with the easy familiarity of a favorite uncle and yet the parking overwhelms Maketewah and spills into Reading Road.

“That’s nice,” Anderson says, “but I think it’s more an appreciation of both groups and people who want to help out.”

Both Lapham and Anderson take enormous pride in it being a people’s tournament and not a celebrity soiree.

People like Steve Hunt, Rob’s father, who has been devoted to his youngest of four sons since the day he decided early on he would raise him like his brothers. People like Rob’s two brothers, Bill and James who are playing today and treat him like kid brothers get treated and always making sure he’s included.

Rob’s mother Colleen is also playing, as is Steve’s buddy who drove down from Cleveland, playing and donating for 15 years, as well as local banks that are clients of Steve’s underwriting real estate business.

People like Rob Hunt and the three guys that take tee shots with each group at the 153-yard, par 3 18th tee. On this day they are Will Abel, ten days shy of turning 18, and two guys pushing 30 in Peter Merz and Ben Toennis.

Toennis works at Just Brew, a coffee shop run by the Anderson Alliance that employs 14 intellectually disabled adults. Merz, a diehard University of Cincinnati fan who works at Clifton’s Mick and Mack’s sandwich shop, shows you the bronze medal he won at USA Tennis last week in Orlando.

The golfers get their pictures with those three celebs.

“When Dave Lapham and his group were playing the hole next to us, he looked up when he saw the kids hitting,” says Bob Merz, Pete’s dad. “And he had this big smile on his face. To me, that’s what it’s about.”