Best photos of Gronk’s time with the Bucs 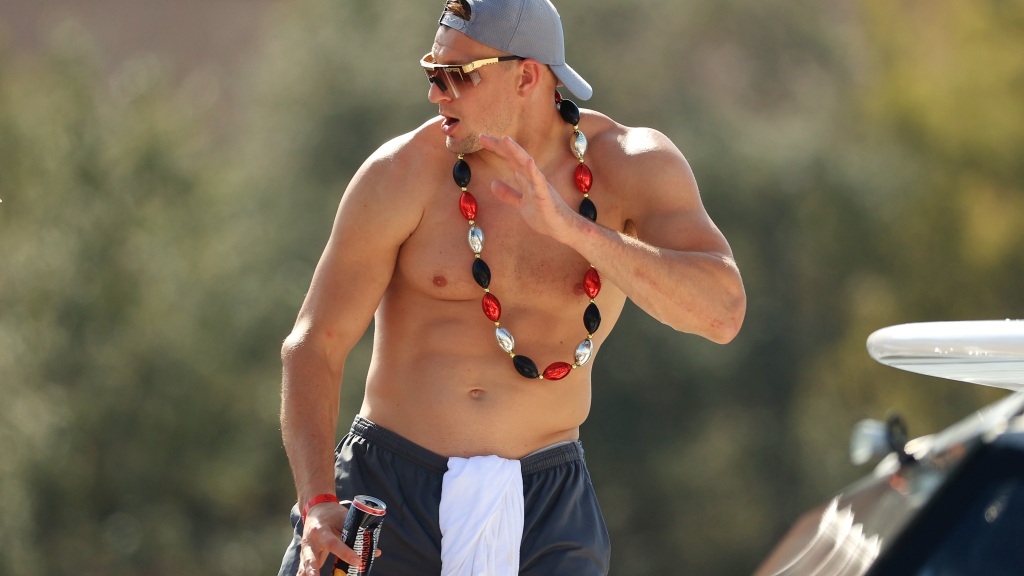 Rob Gronkowski came out of his first brief retirement to reunite with Tom Brady, hoping to make some more championship magic with the Tampa Bay Buccaneers.

He did just that, helping Brady lead the Bucs to a Super Bowl victory in their first season, adding even more records to both of their first-ballot Hall of Fame cases. The last two seasons were the most successful two-year stretch in Bucs history, and Gronk was a big reason for that.

Now, Gronk is hanging up his cleats yet again, announcing his retirement Tuesday afternoon via social media.

While it’s always possible that Gronk could change his mind at some point during the season, let’s take this opportunity to look back over his two-year stint in Tampa Bay, which was full of iconic moments: