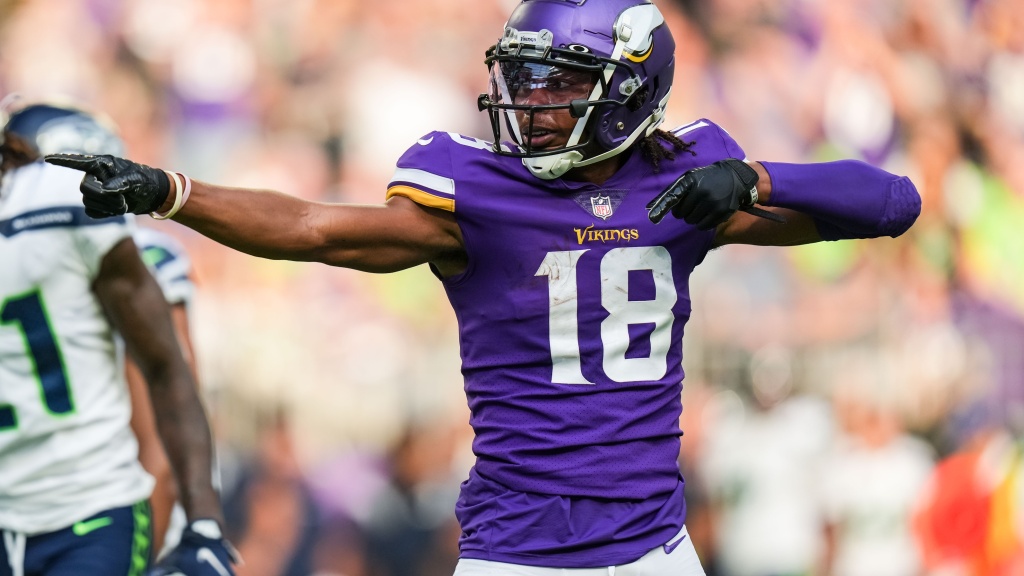 After spending seven years in the NFL and winning a Super Bowl, former Pittsburgh Steelers cornerback Bryant McFadden knows a thing or two about great receivers. So it’s nothing to take lightly when he’s singing the praises of Minnesota Vikings wideout Justin Jefferson.

Surprisingly, some are still overlooking Jefferson, despite him teaming up with head coach Kevin O’Connell—the same coach that helped take Cooper Kupp over the top to a near 2,000-yard season.

The Los Angeles Rams receiver took the league by storm by hauling in 145 receptions for 1,947 yards and 16 touchdowns en route to winning Super Bowl LVI.

McFadden sees a similar season in store for Jefferson in what should be a much-improved Vikings offense.

“Justin Jefferson will have that Cooper Kupp-like role for the Minnesota Vikings,” McFadden said on CBS Sports. “I mean, heck, not being involved in that type of offense, he gave 1,600 yards a year ago.

“And with this offense, knowing how Kevin O’Connell will find a way to get his best pass-catcher open, this will be the new Cooper Kupp for the Minnesota Vikings, Justin Jefferson. And he will come through with the same dividends we saw from Cooper Kupp in a Rams uniform.”

McFadden is picking Jefferson to finish the season with the most receiving yards in 2022.

It’s easy to forget he came in second behind Kupp last season with 1,616 receiving yards with Mike Zimmer as his head coach. Now, he’ll be paired with the offensive mastermind that helped the Rams finally get over the hump.

Jefferson might not just match Kupp. He could surpass him.