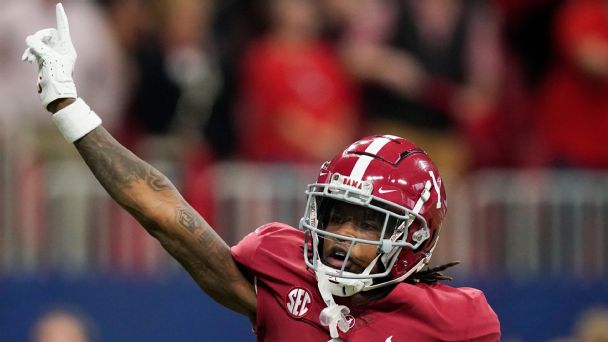 The 2022 season is within sight, which means it’s time to put a bow on the annual crystal-balling exercise known as Future Power Rankings. The team list is here.

If you’ve already digested top-25 rankings for quarterbacks, offenses and defenses, you have a decent idea of what will follow. The team rankings are a bit different, though, and examine the programs on a macro level for the 2022, 2023 and 2024 seasons. Factors such as coaching changes and stability, and recent on-field/recruiting trajectory, hold more value in this list. The increased importance of the transfer portal and even name, image and likeness can’t be discounted when doing a projection such as this one.

At its core, FPR remains personnel-based, and assesses how current and future players will impact performance for their teams. Recruiting in the past few seasons or projected success in 2023 carries some weight. But some programs consistently outperform their recruiting rankings and deserve to be recognized appropriately in the team list.

Here’s a look at last year’s team rankings, which kicked off with Alabama but had eventual national champion Georgia at No. 5. While I was bullish on Cincinnati (No. 13), the first Group of 5 team to make the College Football Playoff, I also omitted Michigan entirely, and the Wolverines ended up winning the Big Ten and reaching their first CFP. Jim Harbaugh’s team will appear below, but how much fluctuation will occur with programs such as Clemson (last year’s No. 2), Oklahoma (No. 4), Miami (No. 19) and Utah (No. 25)?

The time has come to examine college football’s top 25 teams over the next three seasons.

Scouting the Tide: The only hesitation about keeping the Tide at the top is the future of coach Nick Saban. At 70, he’s the second-oldest coach in the FBS, although he looks and acts like a man who can keep performing at an elite level through 2024….