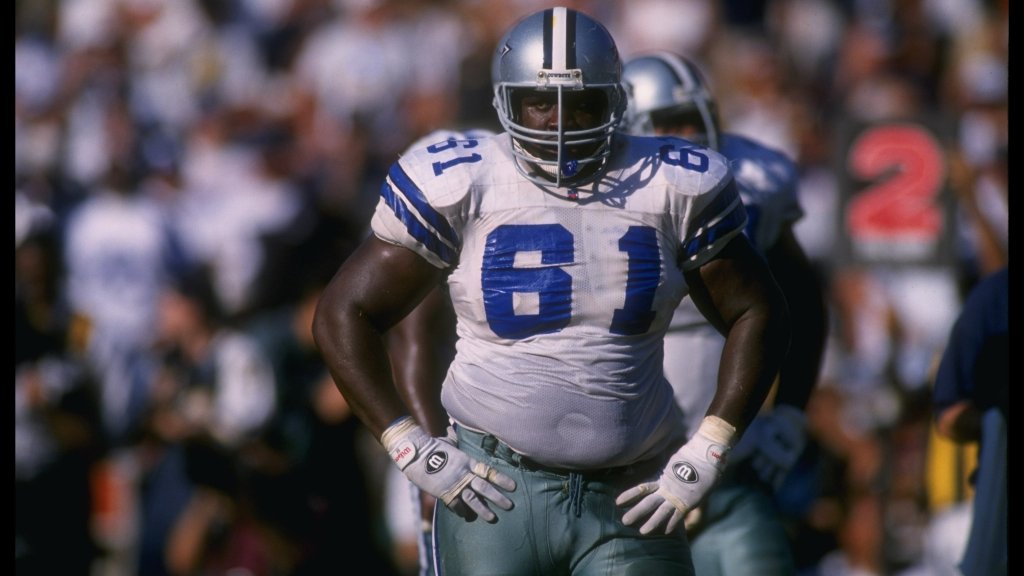 Over 13 seasons wearing the star, Nate Newton was an anchoring member of one the most dominant offensive lines in NFL history, “The Great Wall of Dallas.” And he ended up the most decorated one of the bunch. He played on three Super Bowl-winning teams during the franchise’s greatest run. He earned a trip to six Pro Bowls. He was named a first-team All-Pro twice.

Nate Newton did it all as a Cowboy. But he was granted football immortality for what he did as a Rattler.

The 60-year-old Newton, who last played pro ball in 1999, was inducted into the Black College Football Hall of Fame this past weekend in Atlanta. Several Cowboys teammates- including Troy Aikman, Deion Sanders, Daryl Johnston, Tony Tolbert, and Mark Stepnoski- were on hand to celebrate with him.

“I’m humbled. I’m humbled. This is something special,” Newton said, per Clarence Hill of the Fort Worth Star-Telegram. “What makes me feel good is my teammates were there, my sons, my brother and sister. It was Father’s Day. There was a Juneteenth parade across the street. I had everybody that was somebody to me there. What more can I ask for? How much better could this weekend have been? All I needed was Jesus to come in and resurrect this thing and take us out of here.”

Even on squads that were loaded with larger-than-life personalities, Newton was always among the biggest, in every sense of the word.

Playing at anywhere from 325 to nearly 370 pounds, Newton was nicknamed “The Kitchen” because he was even larger than William “The Refrigerator” Perry of the Chicago Bears.

The team tried to slim him down. Then-Cowboys owner Tex Schramm famously offered Newton an $80,000 bonus if he simply arrived to camp weighing under 310.

Coming out of Florida A&M, Newton was selected by the Tampa Bay Bandits in the 1983 USFL Territorial Draft but chose to sign instead…