Dillon Gabriel the most AAC’s TD passes since 2019 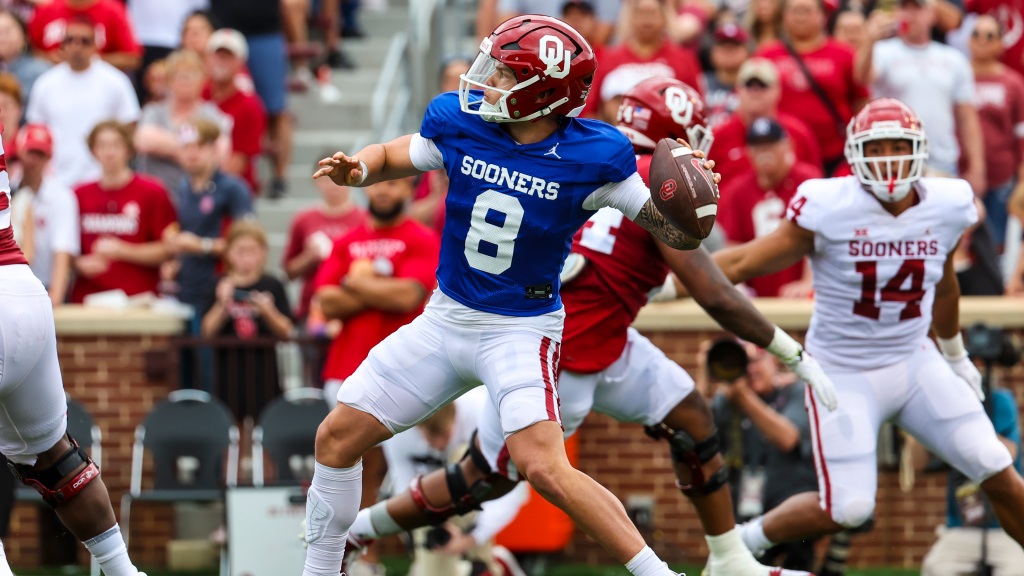 Once Williams’ transfer decision was made, the Sooners wasted little time to confirm the reality that Gabriel was indeed their starter. No faux quarterback competition, Gabriel was the guy.

And it made sense. Gabriel came to the Sooners with a ton of experience in his pocket, starting 26 games over three seasons; the 2020 COVID year and an injury-shortened 2021. In those 26 games, Gabriel amassed more than 8,000 passing yards and 70 touchdown passes. According to Pro Football Focus, those 70 touchdown passes were the most among AAC quarterbacks since 2019. Pretty incredible when you consider that Desmond Ridder was fantastic for Cincinnati.

From 2019 to his final season as the Bearcats starter, Ridder started 37 games. In those 37 games, he threw just 67 touchdowns or 1.81 per game. Ridder played more games and had 80 more pass attempts than Gabriel. So while the former Cincinnati quarterback had 15 more rushing touchdowns than the new Sooners starting quarterback, it’s fair to wonder how many more passing touchdowns Gabriel would have had with a complete 2021 season.

While many may see Gabriel as simply the backup plan to the Caleb Williams and Spencer Rattler departures, Gabriel is a fantastic quarterback in his own right. The last time he was on the same field and the same page with offensive coordinator Jeff Lebby, Gabriel became a freshman All-American, throwing 29 touchdowns to just seven interceptions…