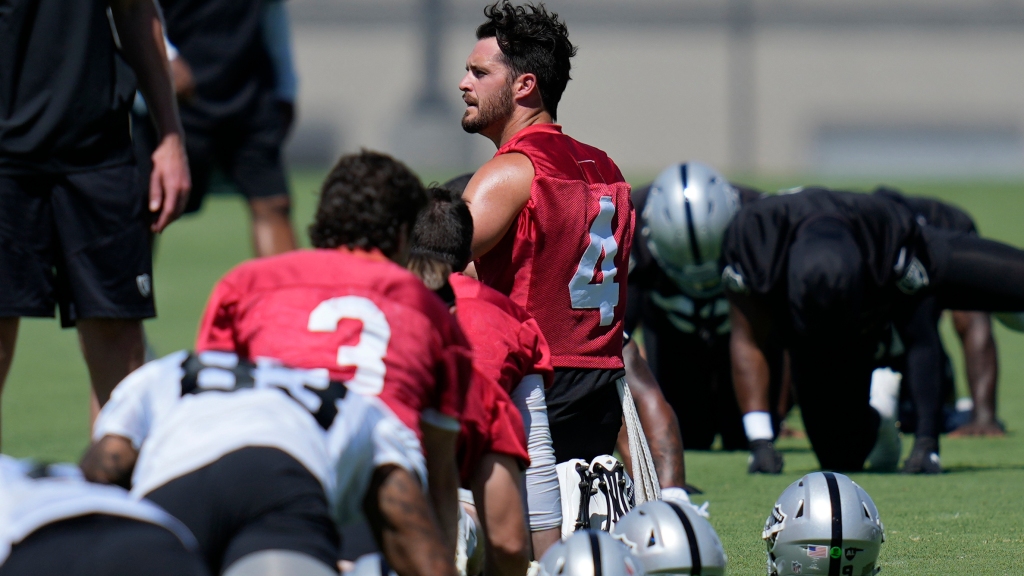 One position the Raiders have shuffled a lot this offseason is quarterback. Derek Carr is entrenched as the starter, signing a big extension this offseason. But behind him, there is a lot of uncertainty.

The Raiders traded for former Patriots QB Jarrett Stidham a few months ago and also signed Nick Mullens. They’ve brought in a few other quarterbacks and even worked out Colin Kaepernick. But how many will they actually keep on the active roster?

“Wait, only two QBs? Yeah, for now. McDaniels’ old employer in New England was not shy about sticking with only two quarterbacks, so this will free up another spot down the roster. Again, for now. Carr is the unquestioned starter and Stidham knows the offense.

Keep an eye, though, on Colin Kaepernick, who worked out for Las Vegas in late June, even though the Raiders also have Nick Mullens and Chase Garbers on the roster after OTAs and minicamp.”

Under McDaniels in New England, the Patriots have historically only kept two quarterbacks on their active roster. They will keep a quarterback or two on the practice squad, but they usually try to save the extra roster spot on the roster for someone who can help out on special teams.

It’s also worth mentioning that the Patriots usually had a former quarterback on the roster somewhere, such as Julian Edelman or Danny Amendola. That’s something the Raiders don’t currently have so that might force their hand when it comes to how many quarterbacks they keep on the roster.

Carr and Stidham are the only locks to make the roster and the Raiders might still be searching for a viable No. 3 option. But if they do keep a third quarterback, look for it to…