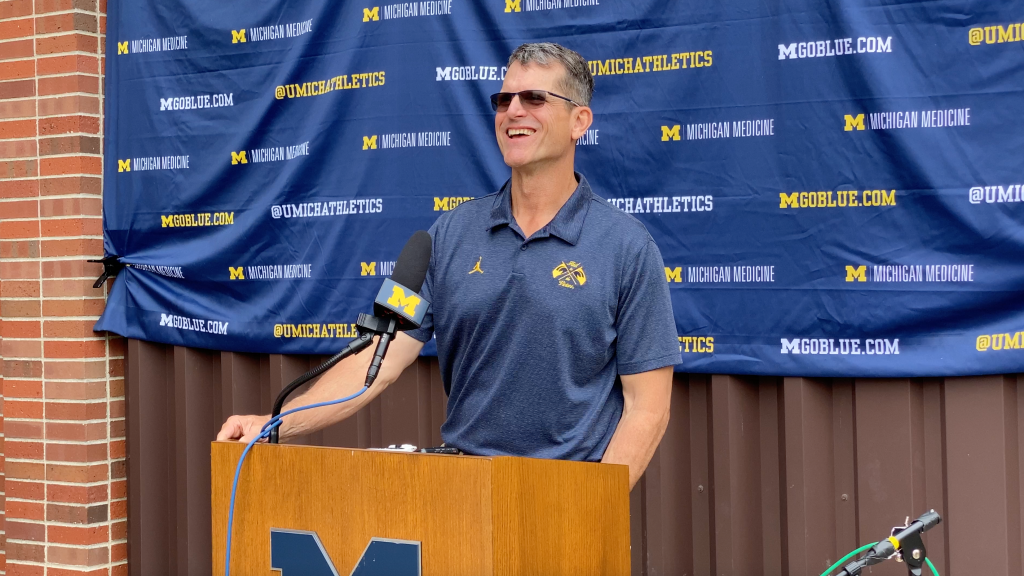 Michigan is coming off the best season its had in a long time after defeating rival Ohio State, beating Iowa in the Big Ten title game, and making the College Football Playoff.

Even after losing a majority of the defense, the Wolverines still have high expectations for the new football season. The maize and blue return most of their star power on the offensive side of the ball and Michigan gained a Rimington Award finalist at center in Olusegun Oluwatimi from Virginia as a graduate transfer.

With the Wolverines having such a great season last year, as you would assume, the expectations are extremely high for Jim Harbaugh and company. ESPN came out with an article ranking college football’s top 25 based on future rankings. The list is determined based on projections for the 2022, 2023, and 2024 seasons. Adam Rittenberg is basing his projections on coaching changes, recruiting, and NIL projections.

Michigan came in at No. 8 on the list and it moved the most towards the top out of any team from last year. Rittenberg ranked the Wolverines’ quarterback room as the eighth-best in the nation, he ranked the maize and blue offense at No. 8 and the defense is sitting at 10th for the 2022 season. Here’s what was said about Michigan for the future.

Scouting the Wolverines: As expected, Michigan makes the biggest move in the team rankings after recording its first AP top-three finish since its last national championship season of 1997. The Wolverines might not be an annual CFP contender, but they seemingly have turned a corner under coach Jim Harbaugh, who recommitted to the program after flirting with the Minnesota Vikings‘ job in February. The offense made major strides in 2021 and likely will remain on track despite coordinator Josh Gattis’ departure to Miami. Michigan returns starting quarterback Cade McNamara as well as dynamic…