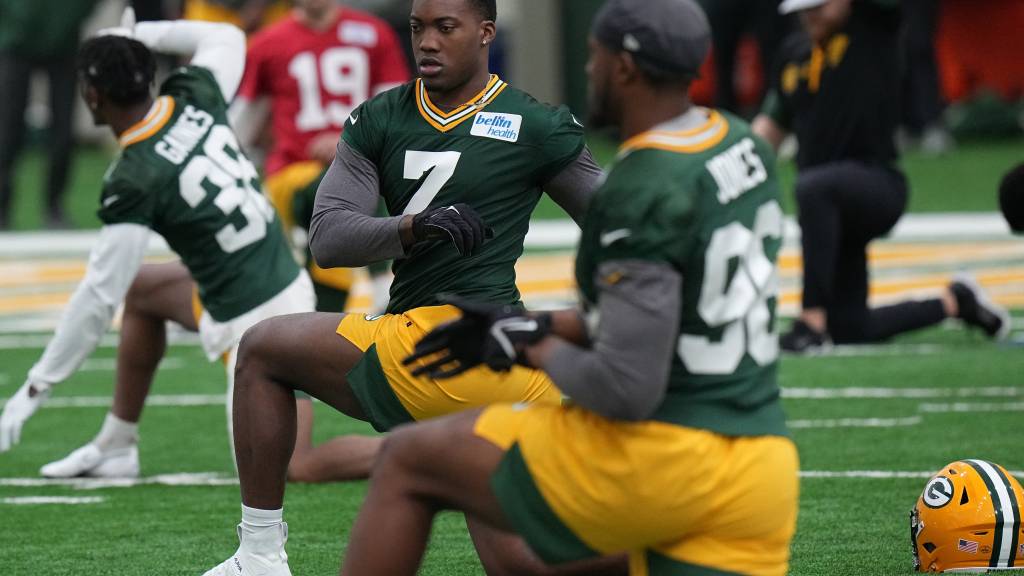 “I don’t want to get above myself. I just want to keep a level head and stay neutral at all times,” former Georgia linebacker Quay Walker said after the first day of rookie minicamp with the Green Bay Packers in May.

Walker, who was picked at No. 22 overall by the Packers in April’s NFL draft, is staying humble despite his early draft selection and high expectations.

The Packers’ first off-ball linebacker taken in the first round since AJ Hawk in 2006, Walker got off to a hot start with his new team.

As the summer has progressed, Walker has made it a focus of his to closely study his new veteran teammates, linebackers De’Vondre Campbell and Krys Barnes.

“I pick up a whole lot, to be honest with you,” Walker said. “He doesn’t know it, but I watch him a whole lot. Just trying to learn a lot from him — how he goes about his day, how he gets treatment in between meetings, and the things he does. So, I just try to pick up off him, everything. Not only him, but Krys (Barnes) as well. Those two guys are very good guys that I just try to learn everything I can from.”

Walker did admit to losing some confidence since arriving in Green Bay, and says he is focused on regaining that as we approach the 2022 NFL season. Walker understands he was picked in the first round for a reason, but he said he had a difficult time adjusting to the next level.

“No doubt,” Walker said. “That’s one thing I really want to work on. I kind of lost some of my confidence when I got here because I was just unsure of what was going on and trying to get a good feeling. You know how it is when I’m in a new organization and a new defense. Things like that. It’s similar to what we did in college, but still new things. That’s the main thing is trying to get my confidence back. Just believing there’s a reason I’m here as well. This is the top level of football period. I just have to trust and believe in that, and my teammates as well, for them to count on me….