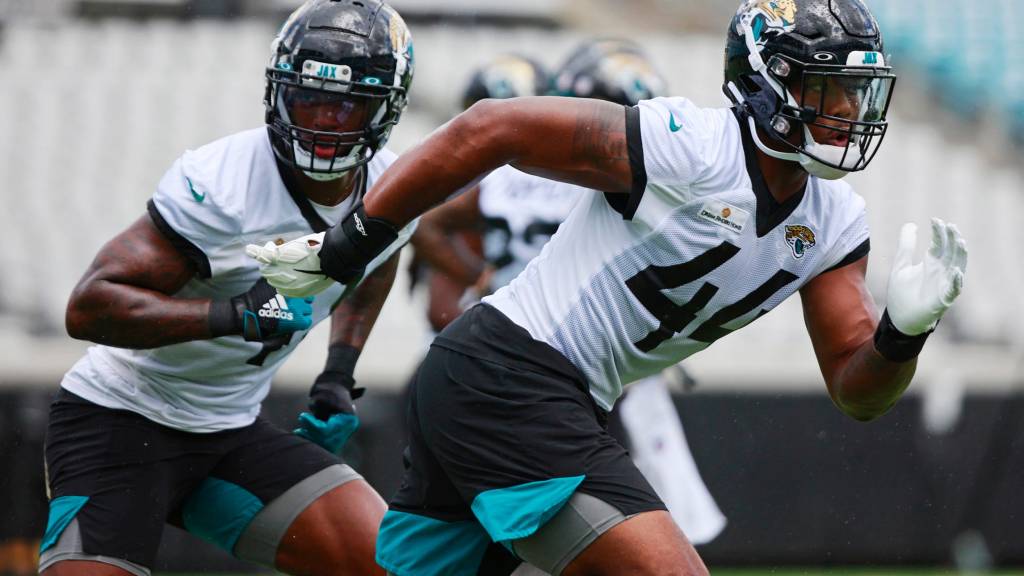 The Jacksonville Jaguars used their No. 1 overall pick in the 2022 NFL draft to select former Georgia defensive end Travon Walker.

In 2019, Jacksonville used their No. 7 overall pick on Kentucky pass rusher Josh Allen.

With Allen and Walker paired up in Jacksonville, Jaguars fans are hoping for a lethal pass rush off the edge.

Two SEC guys now in Jacksonville, their relationship seems to be off to a hot start in the short time since Walker joined the Jaguars franchise.

Earlier in June, Allen said that Walker has the potential to be a player who records double-digit sacks:

“Travon is a double-digit sack guy but he is a rookie, you know what I’m saying, and he has to adjust to the environment of the NFL,” Allen said.

“ Once he gets comfortable into this defense and knows the calls in and out and can just play and not think, I Travon is going to be a freak. I can’t wait to see what he does in training camp.”

Last week, Walker returned the compliment during the first day of mandatory minicamp. He said he is learning a lot from Allen, regarding both on the field adjustments and those off the field.

“Josh, he’s been a great help to me. He’s one of those guys always hitting me up. He likes to get extra work, so we like to get extra work as well,” Walker said, according to News4Jax. “So, I come out here and work with him. Every time he texts me, ‘go get that extra work.’ He’s been a great source for me, somebody who’s been there ever since I walked in the door just to try and help me improve as a player and help me grow and be a great NFL player that he wants to be and this team needs.”

Walker had an incredible combine performance and a dominant 2021 season. The Thomaston, Georgia, native became the first Bulldog taken No. 1 since Matthew Stafford in 2008.

In 2021, Walker had 6 sacks, 7.5 tackles for loss and a team-high 36 quarterback hurries. He logged more playing time than any other UGA defensive lineman (56% of total…