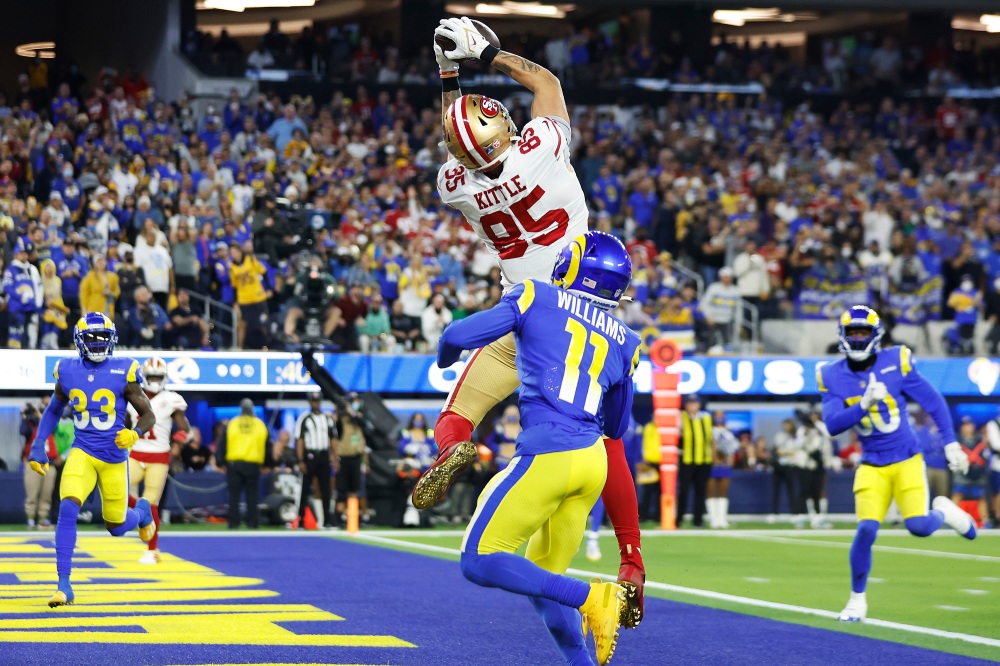 The 49ers have one certainty at the tight end position in the form of George Kittle. Beyond perhaps the best all-around tight end in football, San Francisco has only question marks in that area.

San Francisco knows it will consistently get All-Pro caliber play from Kittle. Judging what they will get from those players behind him on the depth chart is more difficult.

There is no defined second or third tight end on the Niners’ roster, and whether they’ll carry a fourth will be a question throughout camp.

With the identity of Kittle’s backups and the level of tight end depth San Francisco will keep on the 53-man group undecided, the battle for the reserve tight end spots will be an interesting under-the-radar competition to follow. Here’s how the position group looks a month out from training camp:

Kittle took something of a backseat to Deebo Samuel as the focal point of the San Francisco offense last season. However, he still demonstrated the value of his remarkably well-rounded skill set in a Pro Bowl year where he finished with 910 receiving yards and six touchdowns in 14 games.

The challenge for Kittle will be to remain healthy for a full season. He has not done so since the 2018 campaign and the ceiling of the Niners offense will be higher if he can avoid injury and play a full 17-game slate. 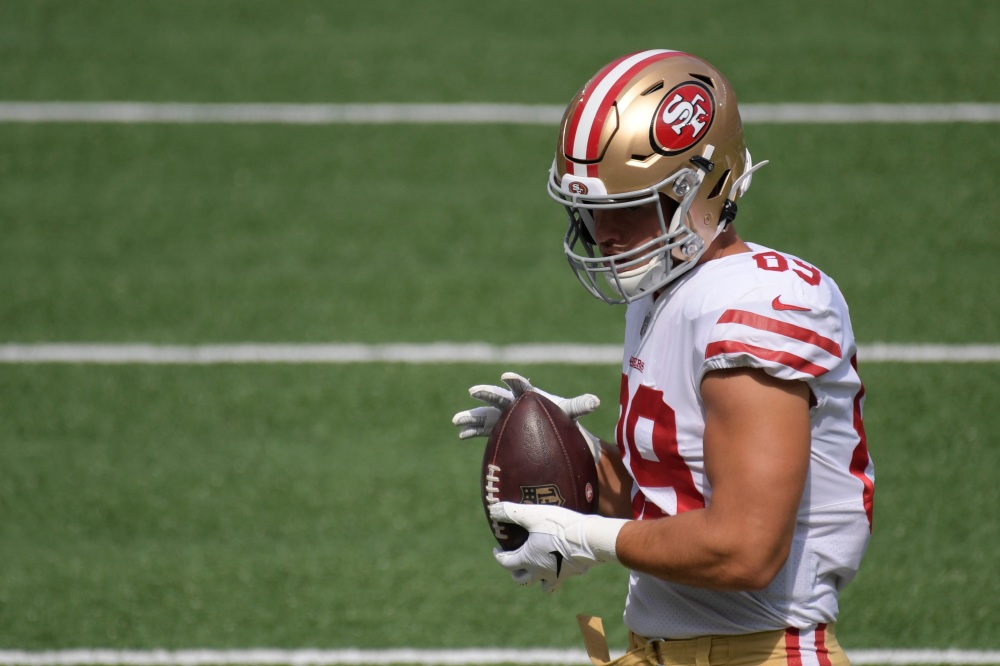 Woerner took over as the 49ers’ second tight end in 2021, playing nearly 23 percent of the offensive snaps while Ross Dwelley played a little under 18 percent, per Pro Football Reference. His impact remains limited predominantly to blocking with just eight catches in his first two seasons.

The former sixth-round pick’s influence in pass protection and run blocking will likely see him retain a place on the roster, though he could see his snaps decrease with several potential third tight ends…