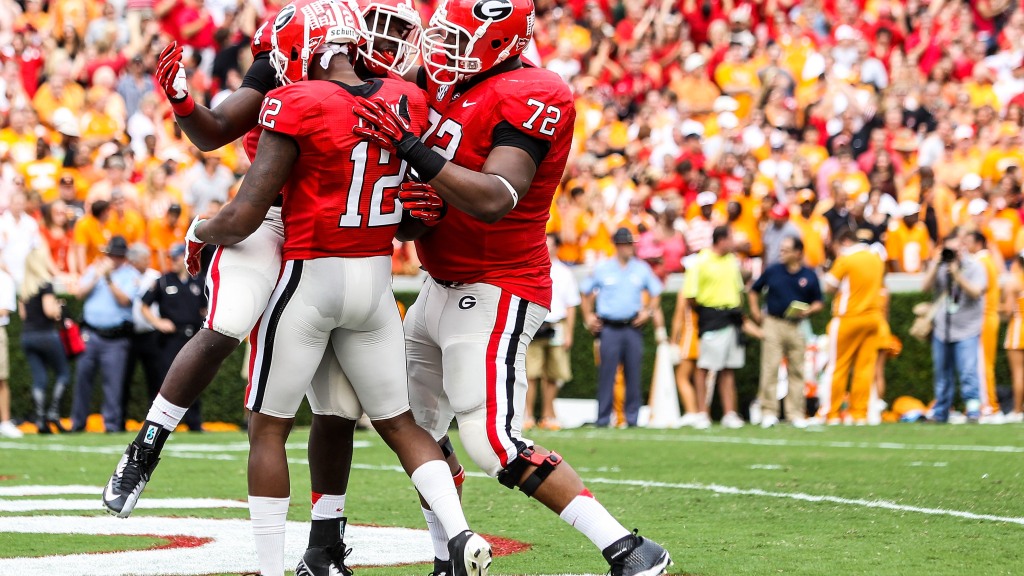 The Georgia Bulldogs have offered a scholarship to another talented player in the class of 2024 in Jordan Anderson. Georgia has offered several rising juniors recently as the Bulldogs extend expanded attention to the class of 2023 and 2024.

Jordan Anderson is a four-star wide receiver recruit that plays high school football for Millikan High School in Long Beach, California. Anderson is ranked as the No. 68 player in the class of 2024, the No. 10 wide receiver, and the No. 8 recruit in California.

The four-star receiver has taken recent visits to Oregon, Tennessee, and more. Anderson has a strong relationship with current Tennessee commit Nico Iamaleava.

The Millikan High School standout has scholarship offers from schools like Oregon State, Oregon, Washington, Michigan, and more. Jordan Anderson has good hands, is a sharp route runner, and does a good job of tracking the football.

Anderson, who has recently visited the University of Georgia, announced his scholarship offer from Georgia football via Twitter: