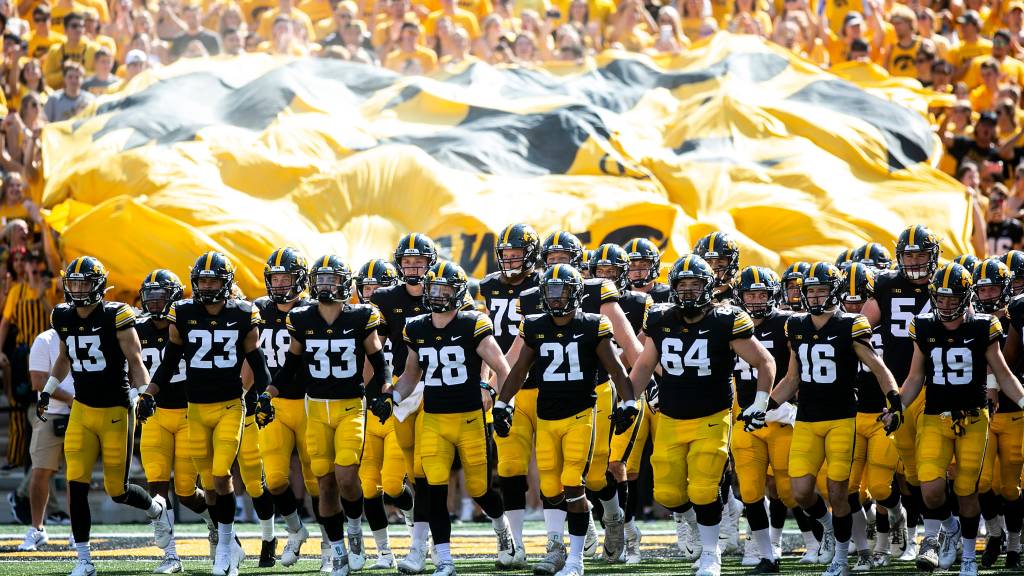 In ESPN’s top 25 future college football power rankings, the Iowa Hawkeyes earned the No. 21 ranking nationally. Adam Rittenberg explains that the future team rankings examine programs on a macro level for the 2022, 2023 and 2024 seasons.

For example, factors such as coaching changes and stability are paired with recent on-field results and recruiting trajectory to determine these rankings. While Rittenberg notes that ESPN’s future power rankings are primarily personnel-based, he does mention that the transfer portal and even name, image and likeness can’t be ignored when putting together this type of projection.

If you’ve been following along with ESPN’s previous future power ranking installments, then you’re aware that Iowa earned the No. 7 future defense ranking. The Hawkeyes only trailed No. 5 Wisconsin among Big Ten teams in that category.

Why is Iowa so low then in the overall future college football power rankings? Welp, you guessed it. Iowa didn’t crack the top 25 in either of ESPN’s future top 25 quarterbacks and future offense power rankings.

Here’s what Rittenberg had to say about the Hawkeyes.

Iowa fans will be disappointed not to see their team higher after its first Big Ten championship game appearance since 2015. In the past five seasons, Iowa is tied for 13th nationally in win percentage (.705), and this fall could again challenge for the Big Ten West Division title. But three factors give me pause about Iowa’s trajectory: coach Kirk Ferentz’s longevity at 66, the Big Ten likely scrapping divisions soon, and a quarterback situation that doesn’t seem to be getting better.

The last item is of chief concern to Iowa fans, especially after Ferentz’s decision to appoint his son, Brian, as the team’s…