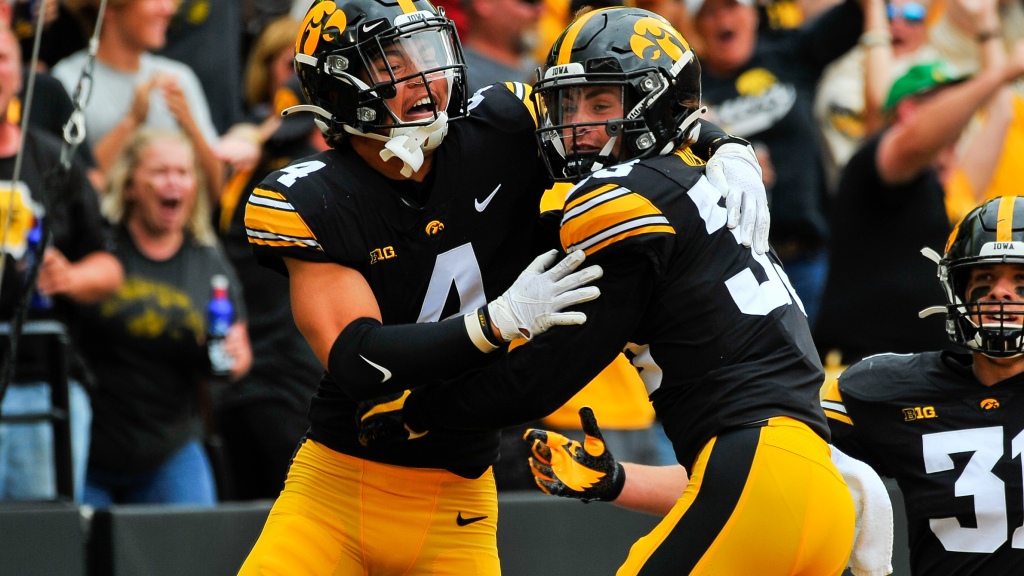 It seems as if every other day there is another list that the Iowa Hawkeyes or members of their secondary find themselves on. That points to the sustained success the group has had.

From dominating the entire country in interceptions to pumping out defensive backs to the NFL, Kirk Ferentz and Phil Parker have built a machine at Iowa that continues to create turnovers. Most recently, that machine called the Iowa secondary has been ranked the No. 3 defensive back room in the country by CBS Sports’ David Cobb.

After leading the nation with 25 interceptions last season, Iowa brings back All-American cornerback Riley Moss. With Jemari Harris and Kaevon Merriweather also returning after holding down key roles in 2021, this group is guaranteed to be stingy again. A wild card to watch is true freshman Xavier Nwankpa, who is Iowa’s highest-rated defensive back commitment of the 247Sports era. Even if he needs some time to develop, there is enough here to make this group one of the nation’s best once again. – Cobb, CBS Sports.

Ahead of Iowa is Georgia at No. 1 and Texas A&M at No. 2. Following the Hawkeyes is North Carolina State at No. 4 and fellow Big Ten member Penn State at No. 5.

As Cobb mentioned, this is spearheaded by Moss returning for the 2022 season following an All-American performance that saw him consistently graded out as the best cornerback in the Big Ten and even sometimes the country.

Harris reeled in four interceptions last season and Merriweather snagged one of his own. These two do have experience. Along with them will be Terry Roberts who hauled in an interception and looks to expound on an already stellar special teams performance he has put on at Iowa. Five-star Xavier Nwankpa also looks to make his mark early and often with this group as he battles for playing time.

Last year saw 25 interceptions from the Hawkeyes and put the national spotlight on the group in the secondary. With the talent at each position this season, there should be a…