How the trust between Arthur Smith and Anthony Firkser was established 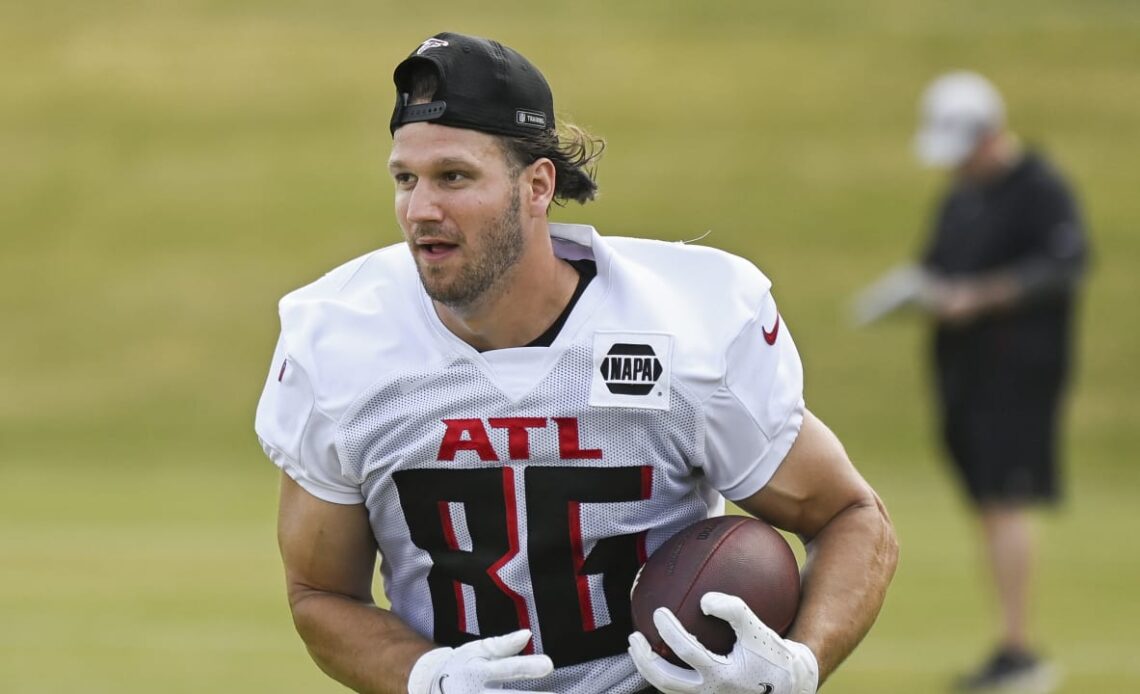 Anthony Firkser and Arthur Smith’s connection as a player and coach is almost serendipitous in a way. Their stories and paths coincide in a very deliberate and mutually beneficial way as Firkser is one of the only players to have played for Smith when he was a position coach, coordinator and head coach.

With so much turnover in the NFL, finding a duo who’s trajectories criss-cross in the way Firsker and Smith’s do is unique. There’s a lot of history there, and it’s interesting to hear Smith talk about Firkser’s journey through the league while Firkser can do the same for Smith.

They can almost give a bullet-point synopsis of each other’s resume. So, it wasn’t odd when Smith was asked about bringing Firkser to Atlanta and he spouted off the highlights of the tight end’s now six-year career in the league.

After going undrafted in the 2017 NFL Draft, Firkser signed with the Jets. At the time, there were people across the league who wanted to make Firkser a fullback because of his size, according to Smith. He didn’t really see Firkser in that role, though, so when he came to Tennessee the next year as a tryout guy in rookie camp, Smith had the chance to see if he could convert to tight end, which was the position Smith was coaching at the time.

“He flashed,” Smith said of that tryout. “We saw him as evolved, because he really wasn’t a fullback. He was more of a receiving tight end.”

So, the Titans (and Smith) saw value in keeping Firkser around, even with a tight end room that would include Delanie Walker, Jonnu Smith and MyCole Pruitt.

That first year with the Titans saw Firkser moving up and down the practice squad throughout the season. It wasn’t until 2019, when Smith was the coordinator, that Firkser became a more stable figure of the offense.

Smith remembers the impact Firkser made on the field when he was given a more significant role.

He specifically recalled the Titans Week 10 matchup against Kansas City that year, when Firkser caught three receptions for 36 yards…