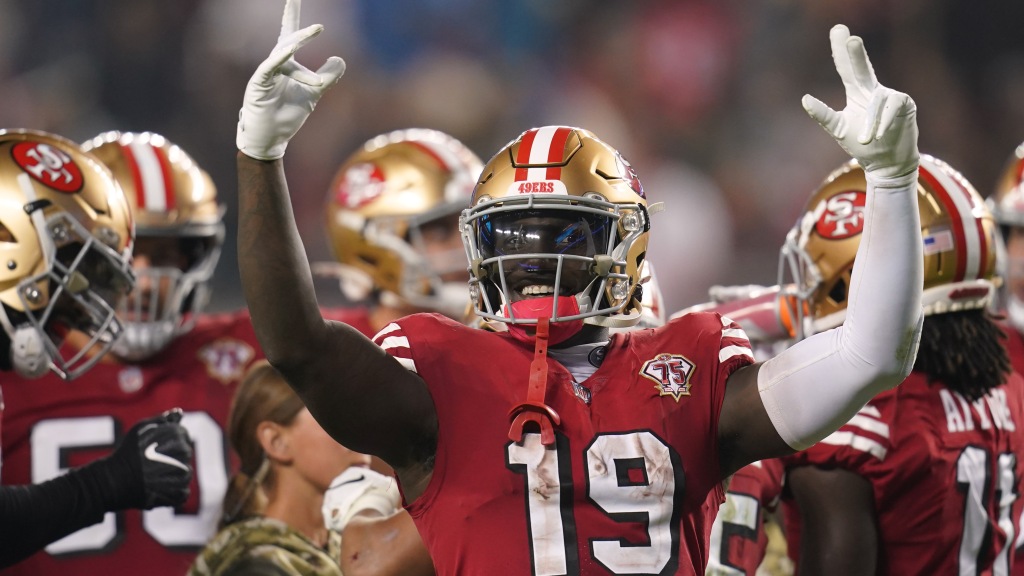 The Jacksonville Jaguars haven’t had a lot of success with first-round picks lately, but one that they seem to have hit on was Josh Allen in 2019. Former general manager Dave Caldwell pretty much received a gift while waiting at pick No. 7, as Allen took a slight fall into the organization’s lap. That said, when the Jags were on the clock, there wasn’t much to think about.

However, when looking back at the 2019 draft, some felt the Jags still could’ve made a better selection. Pro Football Focus’ Trevor Sikkema is among them, and in his recent re-draft, he had the Jags addressing the offense instead by slotting them San Francisco 49ers receiver, Deebo Samuel.

Here is what Sikkema had to say about the selection:

Though I wouldn’t say the Jaguars are unhappy with their selection of Allen by any means, Deebo Samuel has proven to be one of the top offensive weapons in all of football. There aren’t many NFL teams, if any, over the past three years who could have used a playmaker like that more than the Jaguars.

There is no doubt that Samuel would be the best offensive playmaker the Jags have had in a while if they made this pick. However, it’s worth mentioning the Jags took DJ Chark Jr. the year before in the second round and were probably high on him fulfilling his potential.

That’s not to say that Sikkema slotting Samuel to the Jags is a bad choice, though. The funny thing about the Jags not taking a receiver in 2019 is that they eventually circled back around to it in 2020. They took Laviska Shenault in the second round that offseason, who they’ve tried to use as a utility player like Samuel.

When looking at Samuel’s career he put it all together in 2021, registering 1,770 total yards and 14 touchdowns. Most of those yards came as a receiver where Samuel was able to accumulate 1,405 yards and six touchdowns.

As for Shenault, he’ll be entering his third season when the regular season arrives, and many fans are…