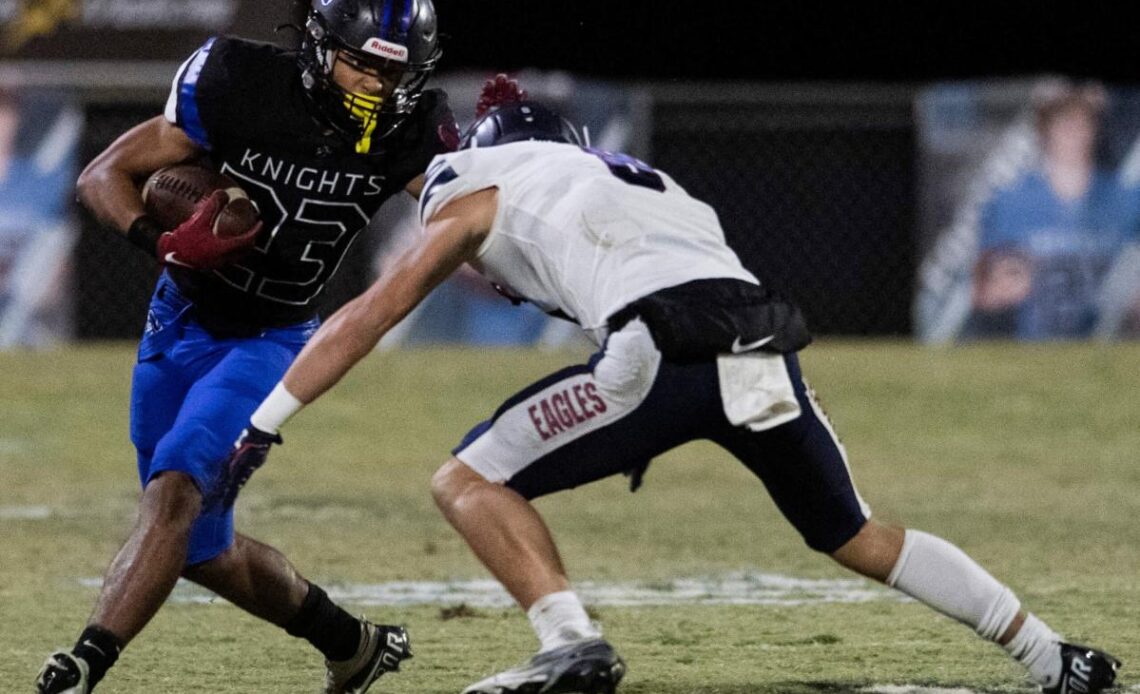 The day that in-state running back Jeremiah Cobb names his college destination could soon be approaching.

Cobb, a four-star running back from Montgomery Catholic Preparatory School in Alabama’s capital city, has yet to name a date on when he will commit but says that fans should be expecting his announcement soon after he visits Tennessee this upcoming weekend.

The good news for Auburn fans is that he is projected by both 247sports and On3 to commit to Bryan Harsin’s program. Cobb has two Crystal Ball predictions to Auburn from 247, and On3 gives the Tigers a 95.8% chance to land Cobb according to their Recruiting Prediction Machine.

He recently took an official visit to Auburn, where he says that he enjoyed his time on the Plains.

“The visit was great,” Cobb said in an interview with Auburn Live. “I had a real fun weekend with the staff and all the coaches. Just hanging out at dinner with Coach Cadillac (Williams) and Coach Harsin and getting to know them not just as coaches, but as men. It was real cool. Me and Coach Cadillac have a real good relationship, especially after this weekend. He loves music. I learned that this weekend. He loves old music, country, R&B .. he loves it all. He got up and did some karaoke the first night at dinner. it was real fun to watch.”

Cobb is currently rated as the No. 18 overall prospect from the state of Alabama, and the No. 8 running back in the nation.