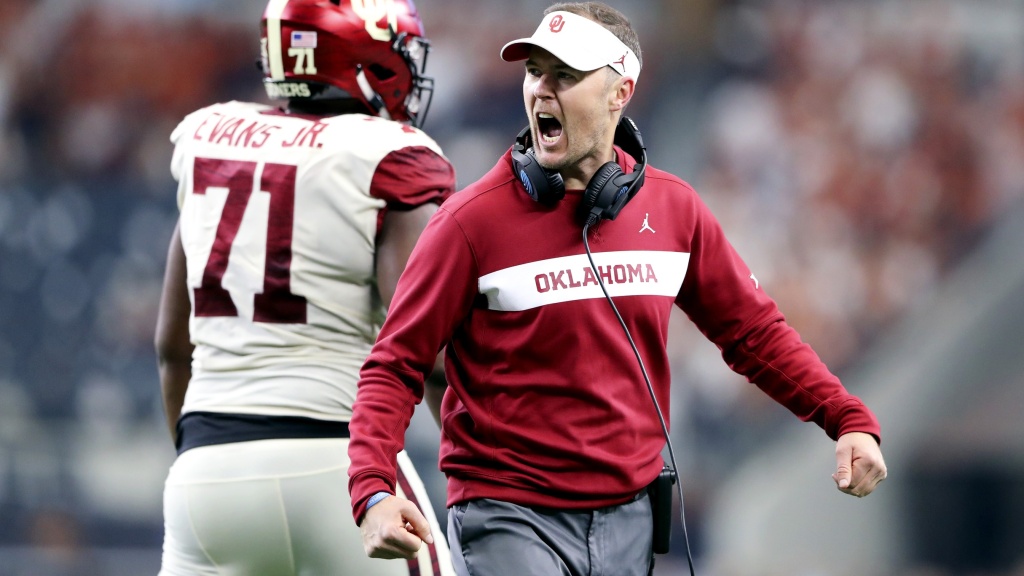 Yet another wrinkle has appeared in the Lincoln Riley saga. Perhaps his true reasoning for leaving the University of Oklahoma for USC.

On Mark Rogers’ “The Voice of College Football” he rounded up some Oklahoma analysts to talk about Lincoln Riley and the Sooners. On this panel, Jacob Brumbaugh of Two Plane Sports made a comment that our friends at Trojans Wire noticed.

The quote that they pulled is quite interesting:

“The amount of money and the renovations that they’re starting to do with (Brent) Venables, and the buy-in with the boosters and everything else, is totally different than with Lincoln Riley,” Brumbaugh said.

Here’s the video to the full segment:

Now it does seem that OU is spending a lot more money on Venables and what he wants to build the Sooners into, but we have to ask ourselves this question:

How much of this is just preparing for the SEC?

OU Softball is getting a brand new ballpark. OU Baseball’s ballpark is getting a massive renovation. Owen Field and the Lloyd Noble Center are getting multi-million-dollar upgrades.

The only real difference that has a direct correlation between Venables and Riley is the expanded coaching and support staff budget. But that was something Venables negotiated to have in place prior to accepting the job with the Oklahoma Sooners. Venables came in with a clear plan and vision for how to take Oklahoma into the SEC and the University of Oklahoma administration responded.

If Riley didn’t leave when he did, perhaps he could’ve reaped the benefits of an SEC move.

So I don’t buy that the reason for Riley’s departure is because the boosters weren’t spending enough money on him. I see the point, and I acknowledge that USC has more resources to spend on a football program than OU, but I don’t think Lincoln Riley had anything less than the full support of everyone he was taking checks from.

I think we’ll get a more clear answer on what exactly happened here as the years go on, but we will…