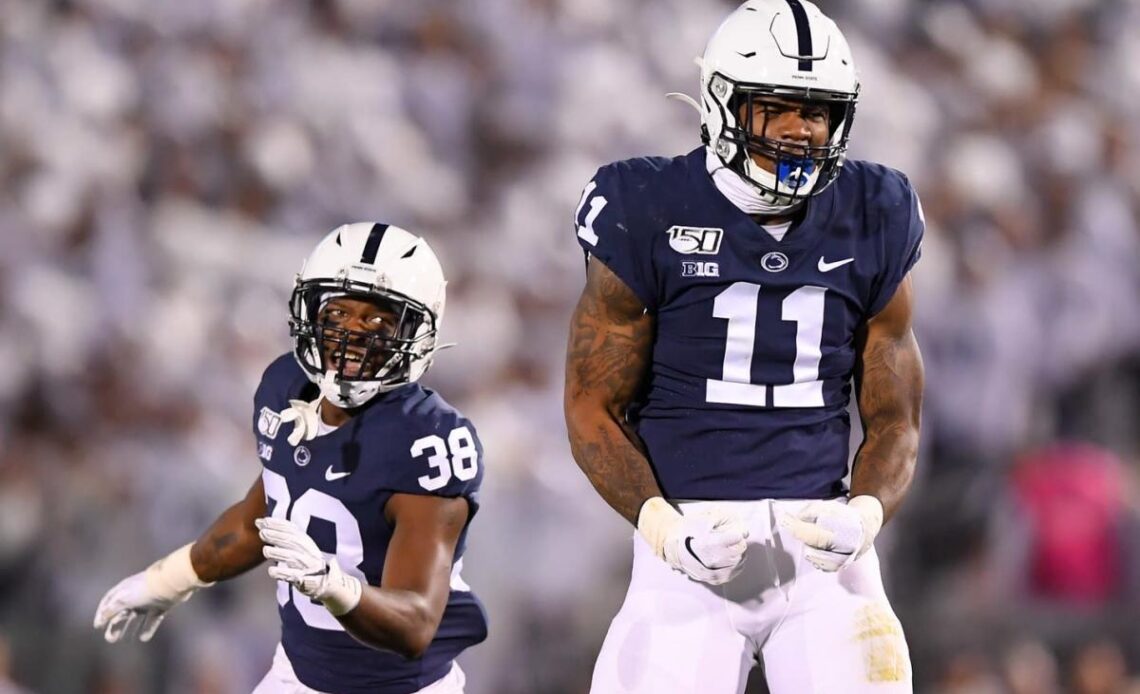 Former Penn State linebacker Micah Parsons certainly had a stellar rookie season in the NFL. The first-round pick of the Dallas Cowboys in the 2021 NFL draft went on to run away with the NFL’s defensive rookie of the year award, and he gives plenty of credit for preparing him for NFL success to Penn State head coach James Franklin.

As Penn State continues to make some key recruiting pushes this summer, Penn State shared some words of advice offered by Parsons for recruits to consider, specifically those from within the state.

“If you’re from Pennsylvania and you don’t go to Pen State, LBU, to play for Coach Franklin, you my friend are crazy,” Parsons said on the night he was drafted. “My dreams, my vision all came true under hard work and under Coach Franklin’s vision. So if I were you, I’d come here too.”

That quote from Franklin is now being used once again as a message on Penn State’s official Twitter account and the timing of the tweet is not insignificant.

Within the last couple of days, one of the state’s top defensive recruits, Ta’Mere Robinson, announced when he will be making his college decision official and which three schools are included in his top three. Penn State is expected to be the team to beat for the commitment by recruiting analysts and insiders as the Pittsburgh native has made numerous visits to Penn State during his recruiting process. Robinson is an edge rusher who can play linebacker, and Penn State is hoping that message from Parsons will resonate.

But two top 10 linebackers in the state (Josiah Trotter and James Heard) have been successfully recruited by West Virginia, and another top linebacker in the…