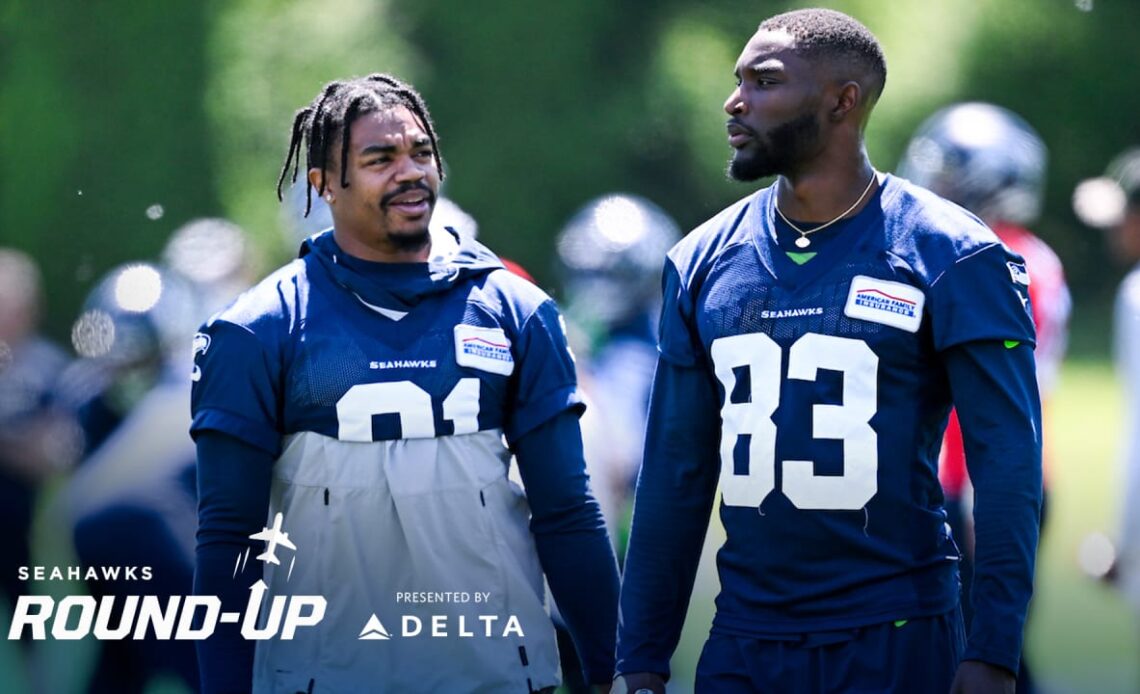 Good afternoon, 12s. Here’s a look at what’s out there today – Tuesday, June 21 – about your Seattle Seahawks.

In April’s 2022 NFL Draft, the Seattle Seahawks selected a pair of wideouts in the seventh round – Rutgers’ Bo Melton (No. 229) and Lenoir-Rhyne’s Dareke Young (No. 233). Seahawks Legend and Washington State alum Michael Bumpus is now a full-time host for Seattle Sports 710AM. As part of his series breaking down the Seahawks draft class, Bumpus takes a look at the new wideouts and what they can possibly bring to Seattle. Bumpus begins with Melton, the versatile athlete who did a bit of everything for the Scarlet Knights. Melton followed the family tradition, playing at Rutgers as his parents did.

“What I like about this dude is, he can do it all,” said Bumpus “He’s good in the reverse game, he’s good in the jet sweep game. At the top of his routes he does a great job creating separation and going and making the big catch. He’s 5’11” but primarily plays outside, he has a lot of speed to go with his game.”

The Senior Bowl participant clocked a 4.34 official 40 time at the 2022 NFL Combine. Aside from consecutive seasons over 500 receiving yards to close out his career at Rutgers, Melton used his blazing speed to average 25.9 yards per kickoff return for his career.

Senior Bowl Director and former Seahawks scout Jim Nagy chimed in on the Seahawks class on Twitter, with high optimism for Melton’s career.