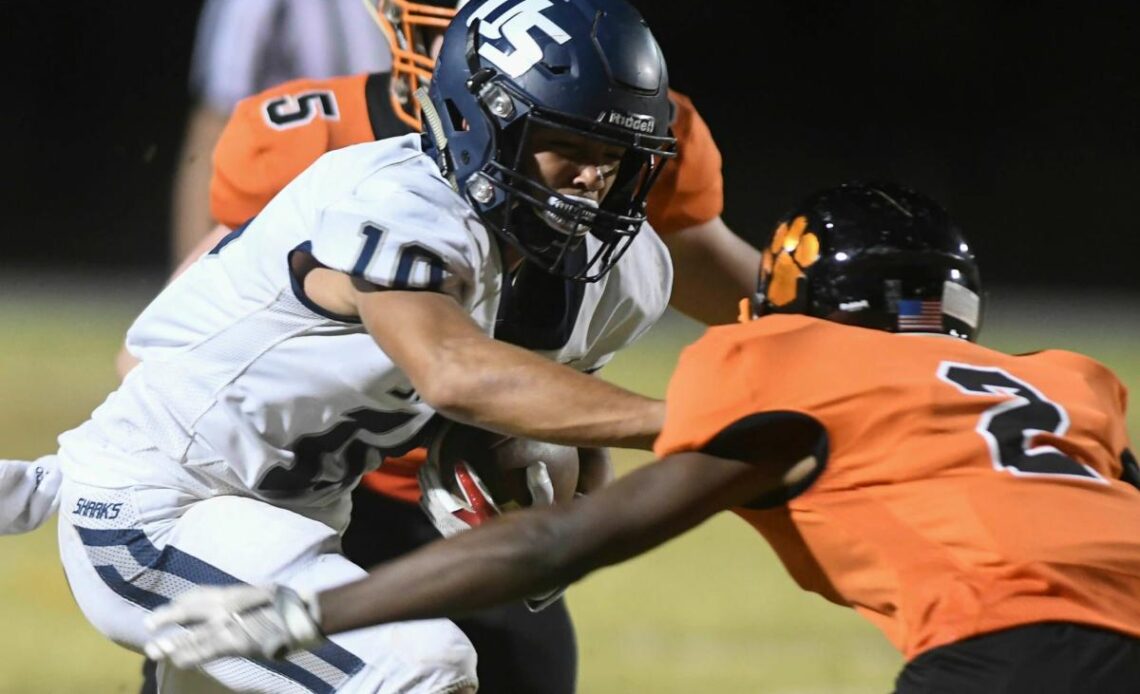 The recruiting momentum is beginning to heat up at Ohio State. Yesterday Ryan Day and the program pulled in 5-star receiver Carnell Tate after a fierce battle with three other programs, and that was followed by news that another 5-star talent at the wideout position, Brandon Inniss, has also decided to call Ohio State home.

Innis was thought to be an OSU lean after committing to Oklahoma before Lincoln Riley bolted for USC, but there was still plenty of competition between the Buckeyes, Alabama, Georgia, and yes — USC.

In the end, though, Inniss has bonded with some of the OSU teammates, and by all accounts had it in the plans for some time now that he and Tate would announce their commitment in back-to-back days.

Innis is rated as the No. 2 wide receiver and 18th overall prospect in the 2023 recruiting cycle according to the 247Sports Composite Rankings. Like Tate, (IMG Academy), Innis is also a Florida product (Hollywood).

OSU now has twelve members to its fast-rising 2023 recruiting class, and there are rumors that some more heavyweights are on the way. We’ll be close to all the action as anything further happens.

Let us know your thoughts, and comment on this story below. Join the conversation today.