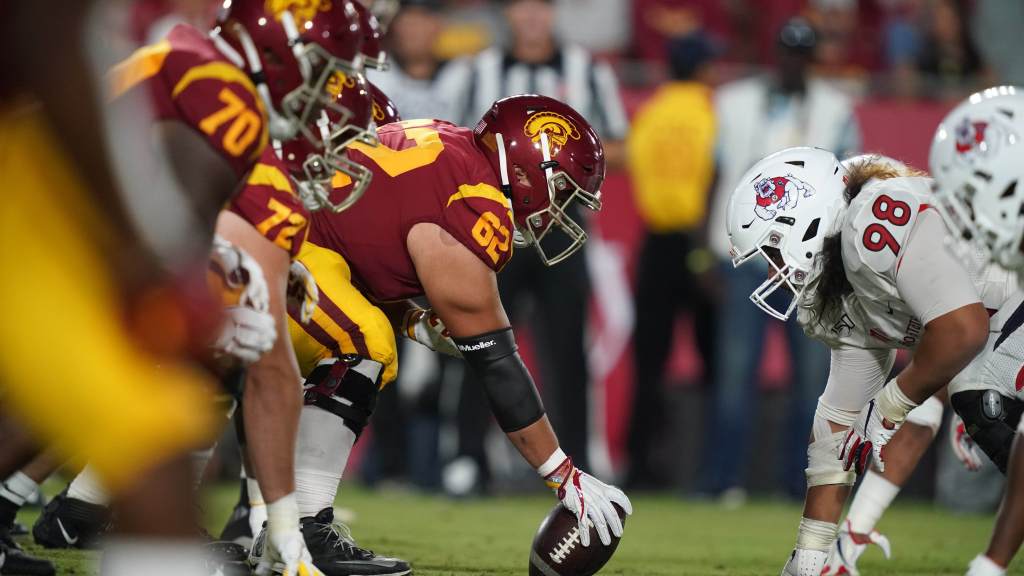 We can give Clay Helton a bread crumb of credit, can’t we? Sure we can.

More precisely, Mark Rogers at The Voice of College Football handed out this compliment to Helton, and we agree with Mark that this small piece of praise is warranted.

Sure, the Helton era was a disaster for USC, and we have been unafraid to say that directly on many occasions. We’re not rewriting or relitigating history here to suddenly say, “Well, actually, Clay Helton wasn’t all that bad.” No, he WAS that bad.

But: He did this one good thing before Lincoln Riley came. This one thing has put the Trojans in a better position for 2022.

Had Helton not hired McGuire, USC’s offensive line might not have developed as much. Many analysts think this offensive line’s starting unit is going to be very good. It’s the depth behind the starters that is the real point of concern.

So, yes, as Rogers noted on The Voice of College Football, Helton did do something good for USC. We can admit that: