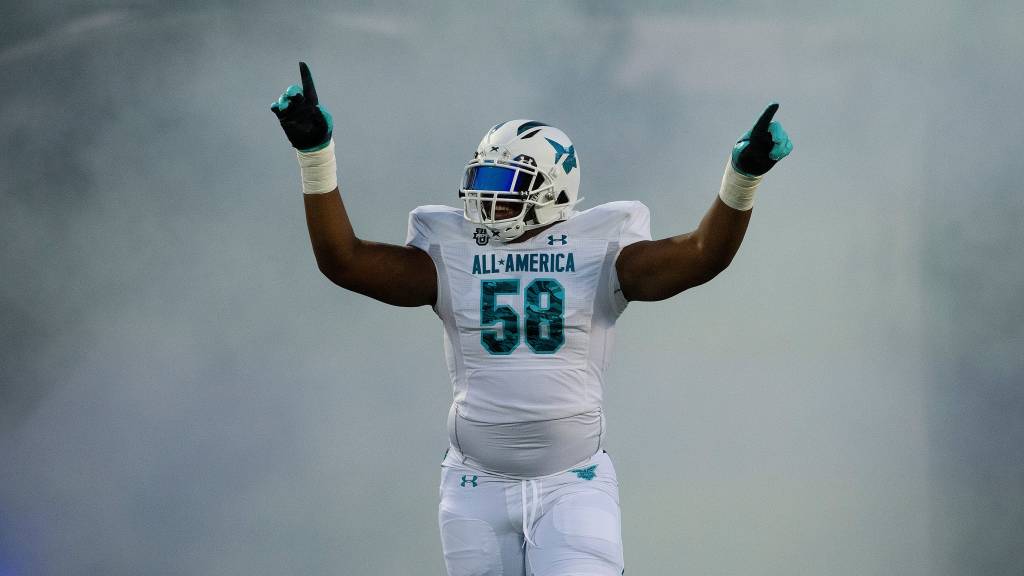 Going into the 2022 football season, LSU Wire will be looking at each player listed on the Tigers’ roster.

Over the preseason, each profile will cover where the player is from, how recruiting websites rated them coming out of high school, and what role they will play for Brian Kelly this season.

One of the more intriguing aspects of this team’s offseason will be putting together the pieces of the puzzle along the offensive line. The Tigers will be looking to inexperienced players to start, but there’s quite a bit of talent to work with.

Marcus Dumervil, a third-year sophomore from south Florida, will be one of the players in the mix and should be a key depth piece at the very least.

Appeared in 11 games over two years with one start.

The nephew of former NFL star Elvis Dumervil, Marcus Dumervil sat just outside the national top 100 as a recruit coming out of the prestigious St. Thomas Aquinas High School in Fort Lauderdale.

He committed to LSU on early signing day in 2019 and inked his national letter of intent the same day. He saw action in just one game during his first season in Baton Rouge in 2020 and ultimately redshirted, but he saw an expanded role in 2021.

He appeared in 10 games, starting one of them, and now that he has some more experience under his belt, he could be a player to watch this fall. He could compete for a starting tackle spot with true freshman Will Campbell, who impressed this…