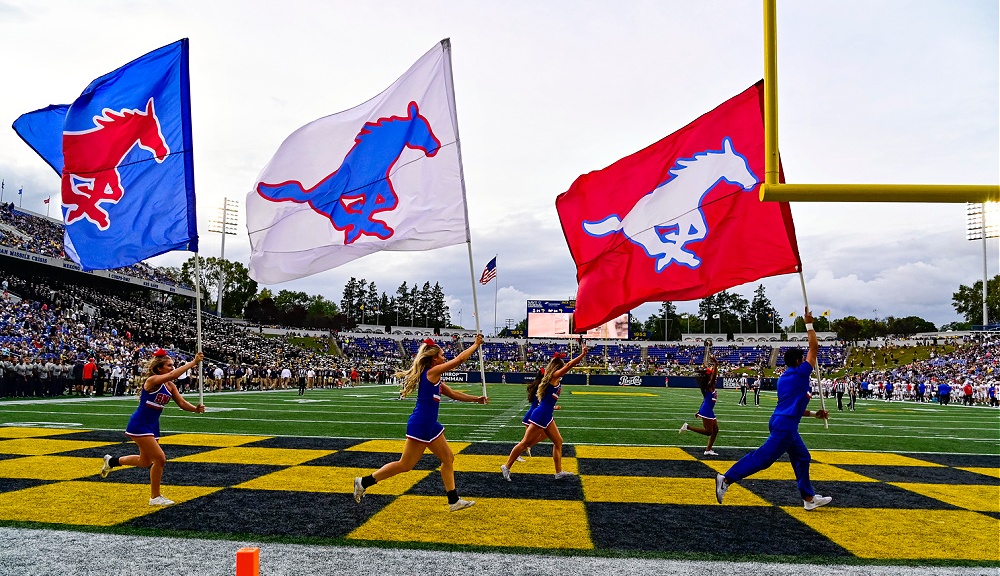 SMU Mustangs Preview 2022: Previewing, predicting, and looking ahead to the SMU season with what you need to know and keys to the season.

Let’s put it this way.

He was the SMU OC in 2018 and 2019 before being plucked away by Miami, and now it’s his job to take the program up another level.

Things have been fine at SMU, but there’s been a hard ceiling on how high it’s been able to get over the last few years. The winning seasons have been nice, but the Mustangs finished sixth in the AAC last year and fifth the year before in the division-less format.

And yes, the focus will be on Lashlee and the staff growing into the job as the AAC reboots next year without Cincinnati, Houston, and UCF – and adds a slew of fine-not-amazing programs to Moneyball its way to replace the stars – but this team should be good enough to be in the mix in 2022, too.

The biggest games are at home, the experience is there, and the expectations will be set at bowl-not-AAC-title level. This team should be good enough to exceed that.

Lashlee might just be the catalyst to turn SMU into the AAC’s power program going forward – at least that’s the hope.

It’s a Rhett Lashlee-coached team. It’s going to throw the ball – he’s a former SMU offensive coordinator under Sonny Dykes – and it’s going to crank up the…