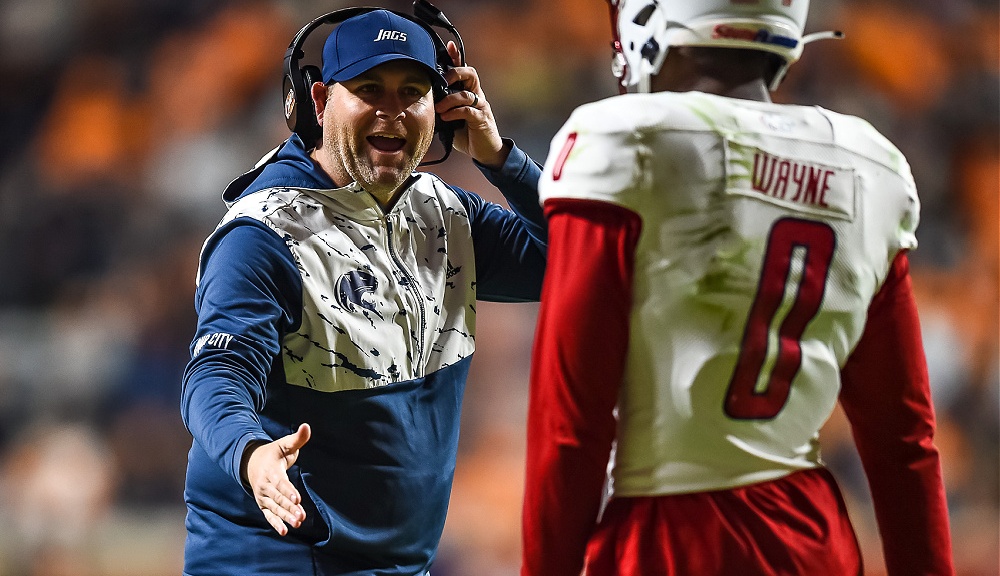 South Alabama Jaguars Preview 2022: Previewing, predicting, and looking ahead to the South Alabama season with what you need to know and keys to the season.

It’s not really fair or right to tag any Sun Belt team with being the next Coastal Carolina, but there’s chance South Alabama might just be this year’s out-of-the-blue team in the conference.

The program hasn’t had a winning season since getting up to the big level and the Sun Belt in 2012 – although it has been to two bowl games – and it’s had a a few near misses, like last year’s team that had several chances to go bowling but couldn’t get that sixth win.

Head coach Kane Wommack is only 35, he’s known for his talent as a defensive coach both as a coordinator at South Alabama and then Indiana, and he’s got the guys in place to do big things in a year when all of the Sun Belt focus is on the new additions and the expected big things out of the established stars.

He’s been fantastic in the transfer portal, he’s got a good coaching staff, and this team is loaded with as much starting experience as any team in the Sun Belt.

No, this might not be a dominant force like Coastal Carolina became, but in the winnable Sun Belt West – in a year of transition for Louisiana – just coming up with a breakthrough winning season in Year Two under the rising young head coach would be more than good enough.

The Jaguar offense might have died down the stretch when the team just needed one win in the final four games to go bowling, but it’s a LOADED group coming back full of experience and help from the transfer portal for offensive coordinator Major…