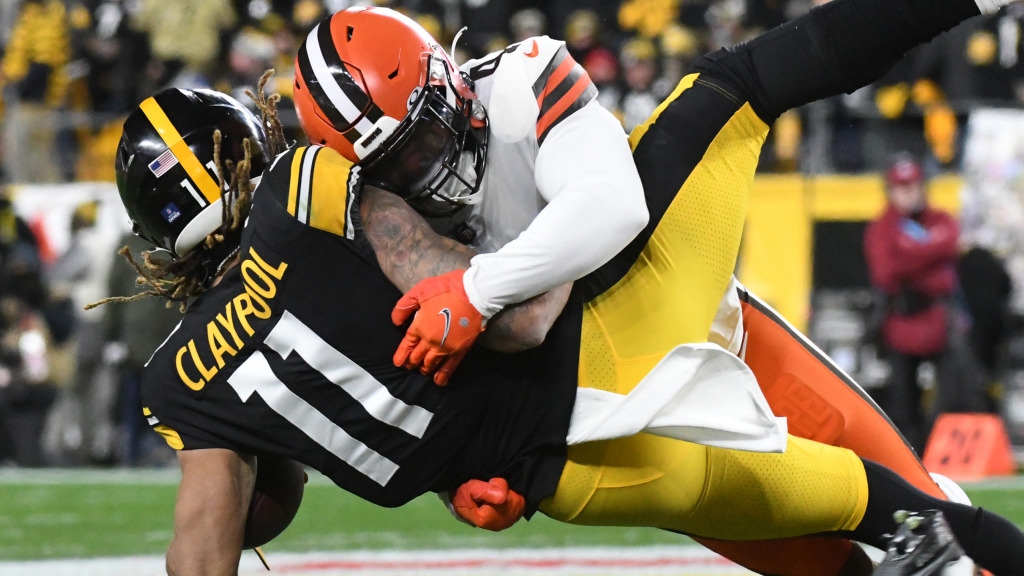 The AFC North is expected to be highly competitive in the 2022 NFL season. Last year, the Baltimore Ravens led much of the year before finally succumbing to injuries. The Cincinnati Bengals took the division and rode the momentum all the way to the Super Bowl. The Pittsburgh Steelers saw Ben Roethlisberger ride off into the sunset with one last playoff appearance.

Fans of the Cleveland Browns watched the drama unfold last year with Baker Mayfield’s injury, the early struggles of the defense and Odell Beckham Jr. forcing himself out of town.

Heading into the 2022 season, the Ravens are healthy again, the Bengals have worked to build their offensive line and the Browns, well, they still have turbulence.

The Steelers have quite a bit of transition on offense with Roethlisberger retired and JuJu Smith-Schuster signing with Kansas City. The loss of Smith-Schuster provides an opportunity for Chase Claypool to fill his role on and off the field.

Off the field, Claypool discussed his use of TikTok and other topics including his place in the NFL:

Setting lofty goals isn’t new for Claypool, last year he predicted he would have 14 touchdowns but finished with just two.

Claypool is unmistakably talented but few would have him in their top five or ten going into this season, much less top three.

That is especially true when you look at his production against Cleveland last season. Combined, the tall receiver had seven receptions for 62 yards and zero touchdowns in two games against the Browns in 2021. He also didn’t produce in the team’s playoff loss with just three receptions for 25 yards.

To be fair, as a rookie Claypool had a good year against Cleveland with nine receptions for 175 yards and a touchdown. That year, he also had…