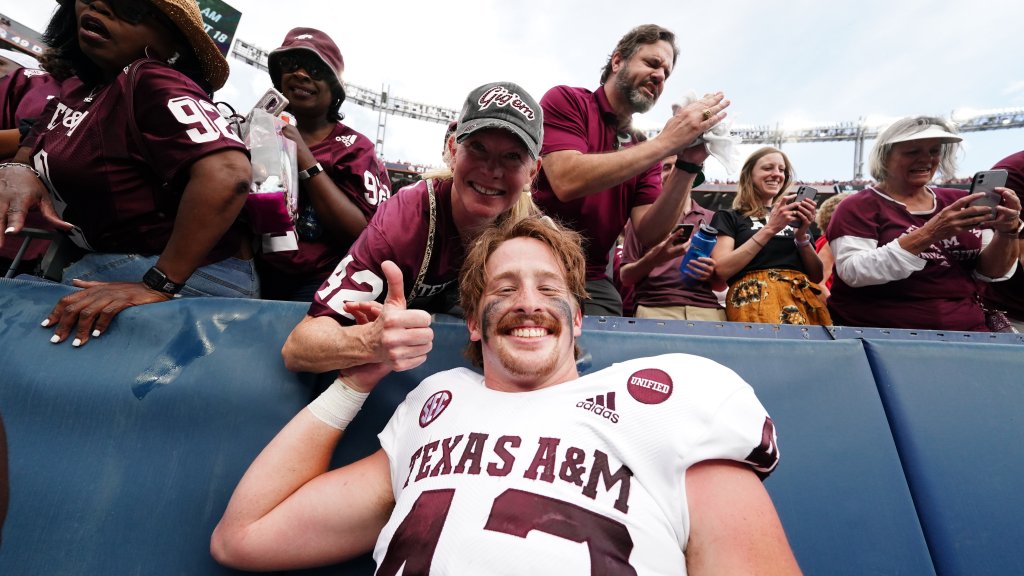 Going into the 2022 football season, Aggies Wire will be looking at each scholarship player listed on the Texas A&M roster.

Over the preseason, each profile will cover where the player is from, how recruiting websites rated them coming out of high school, and what role they will play for Jimbo Fisher this season.

Max Wright is entering his senior season at the tight end position for Texas A&M, as the former defensive end is looking to become a more complete player at the position while competing against a host of talented true freshmen as the tight end position from the heralded 2022 recruiting class. Coming out of Katy Taylor High School in Katy, Texas, Wright was a star defensive end for the Mustangs, receiving offers from the likes of Alabama, Georgia, LSU, Oklahoma, Notre Dame, Texas A&M, Arkansas, etc., choosing to stay close to home and committing to the Aggies on June 2nd, 2017.

In his first year at A&M during the 2018 season, Wright played in 13 games and was a huge contributor on special teams, while earning a minor rotational spot on the defensive line. In 2019, Wright looked for an increased role in the defensive line rotation but sustained a season-ending injury three games into the season.

Before the start of the 2020 season, Wright and the coaching staff made a position switch to tight end due to his natural athleticism, football IQ, and surprising receiving skills, where he only played in three games recording 1 reception for 42 yards in a blowout victor against South Carolina. Finally, in the recent 2021 season, Wright played in all 12 games, notching 3 receptions for 23 yards, and providing solid blocking in the run game throughout the season. After numerous ACL tears during his high school playing career, on top of the injuries, he’s dealt with as an Aggie, the 2022 season gives Max Wright a chance to prove how much his hard work in the off-season has paid off.