The Athletic expects a breakout season from Trevor Lawrence in 2022 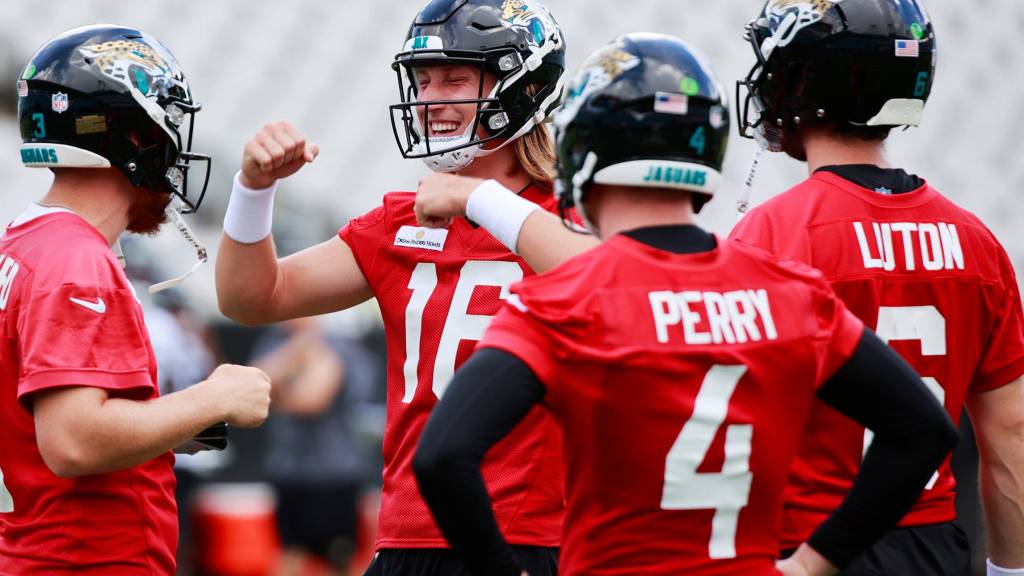 The Jacksonville Jaguars fanbase was pretty excited last season when the team selected Trevor Lawrence with the first overall pick. However, he was brought into a very dysfunctional situation thanks to Urban Meyer, which didn’t make things easy on the rookie, who already was going to have a lot of learning to do as a first-year signal-caller.

However, 2022 marks a new start, and the Jags have a new head coach who has proven himself before in the NFL in Doug Pederson. That’s why many are high on Lawrence’s chances to rebound, including The Athletic’s Nate Tice.

In his breakout players list for the upcoming season, Tice listed Lawrence among 11 players. Here is what he had to say about the 2021 No. 1 pick, who has a much better situation around him heading into Year 2:

The breakout candidates at the most important position in sports is essentially a pick ’em amongst the second-year crop.

I recently wrote about the 2021 quarterback class, and if I have to pick one of those players to take a leap this season, it’s Lawrence, the former No. 1 overall selection.

A steadier franchise situation with Doug Pederson as a head coach provides reason to be optimistic about Lawrence’s continued development, and even as a rookie, he showed promising glimpses as a processor while making his teammates better. Those positive plays should become more consistent for the Jaguars, who desperately need good vibes.

Tice is right about there being some flashes from Lawrence during a chaotic 2021 season. The most notable one was in the Jags season finale, where Lawrence aided the Jags to a stunning 26-11 victory. In that game, he was 23-of-32 (good for a career-high of 71.8%), threw two touchdown passes, and registered a 111.8 quarterback rating (also a career-high).

There were other moments where he shined in the spotlight, too, like in the Jags’ only primetime game of the season, which was against Cincinnati, and in their game in the United Kingdom against Miami, to…