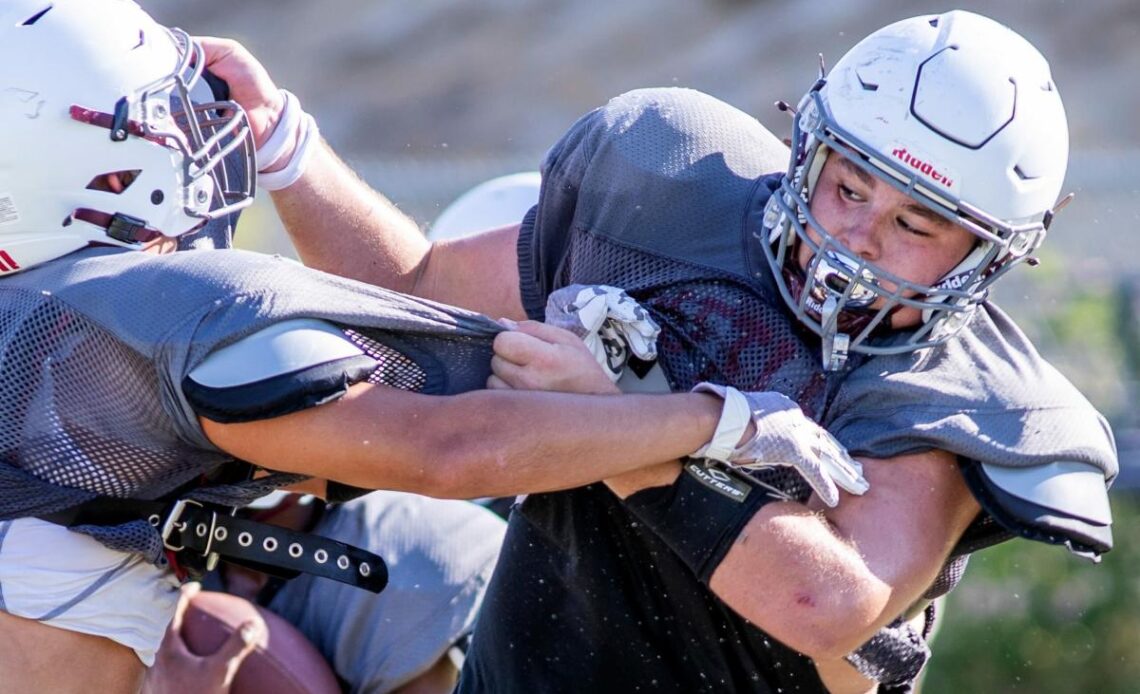 Florida football’s busy month reached a feverish pitch this past weekend with Billy Napier and Co. rolling out the red carpet for a handful of top recruits from around the state and the nation. The new administration has made a profound impression upon many of those who have passed through Gainesville recently, including four-star offensive tackle Monroe Freeling out of Mount Pleasant (South Carolina) Oceanside Collegiate Academy, who recently wrapped up his official visit to campus.

The 6-foot-7-inch, 283-pound lineman had made a prior stop with the Gators back in March during the spring practice season but got a much closer look at the rebuilding program this time around.

“My first look out here was pretty quick, it was during the spring practice so everyone was doing stuff,” Freeling explained to AllGators’ Zach Goodall. “I got to see practice but all of the players were really new, so it was really just seeing the players kind of adjust, and in a way, kind of struggle with the intensity of practice. I know I really liked the intensity of practice because if you have an intense practice, that means your games are gonna be easy.”

“I think this time around I really got to get a feel of Florida’s campus and more like the football program and where it’s heading,” he told Swamp247’s Blake Alderman. “I think that was my biggest takeaway. I just enjoyed time with the players. The players and coaches [communicated where the program is heading], I think that Coach Napier really has a good outlook on where he wants the program to go. Every coach I talked to said the same thing how Coach Napier wants to take the program somewhere.”

The blue-chip offensive lineman’s recruitment has been spearheaded by offensive line coaches Darnell Stapleton and Rob Sale, with whom he has forged strong relationships according to Swamp247.

“It’s kind of funny because I have relationships with two different coaches, but they are doing the same job really. I…