What Jordan Addison promised to Carson Palmer at USC 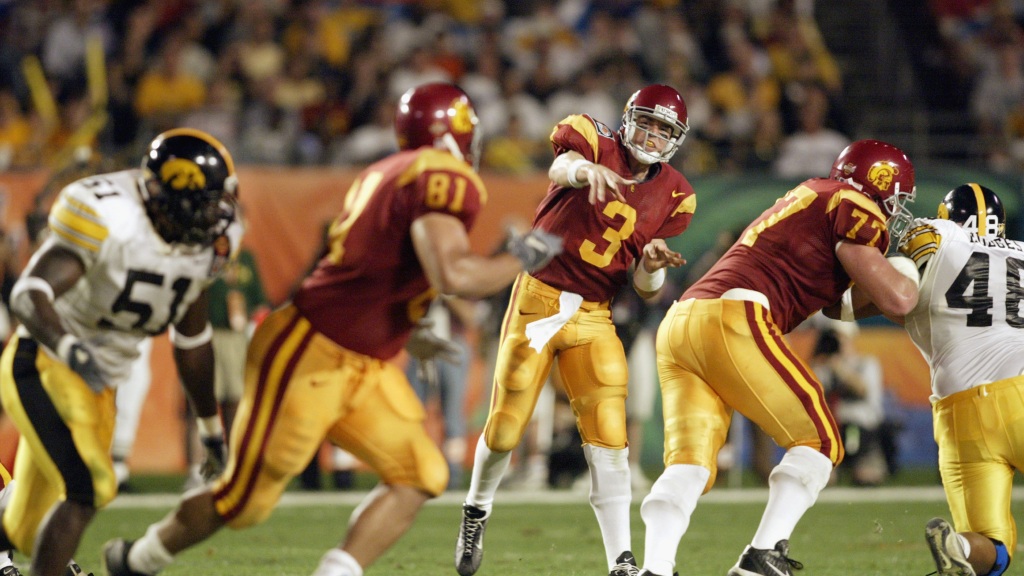 Of course this conversation happened. It had to happen if the USC No. 3 jersey was going to be given to another player.

Carson Palmer immortalized the No. 3 USC jersey by winning the 2002 Heisman Trophy while wearing it. As with any other Heisman Trophy winner, the jersey number of the player gains instantly iconic status. It becomes treasured and revered.

It takes something special for a Heisman jersey to be passed from the winner to a new player from a younger generation.

Carson Palmer needed to get a direct assurance from Jordan Addison.

“He promised to work his tail off.”

Simple, straightforward, right to the point.”

Jordan Addison is going to Fight On with all his might, and not coast on his talent or take any shortcuts.

If it’s enough to satisfy Carson Palmer, that’s pretty much the end of the story … until the fall, when Palmer and other Trojans hope Addison turns USC into a 45-points-per-game offensive machine.