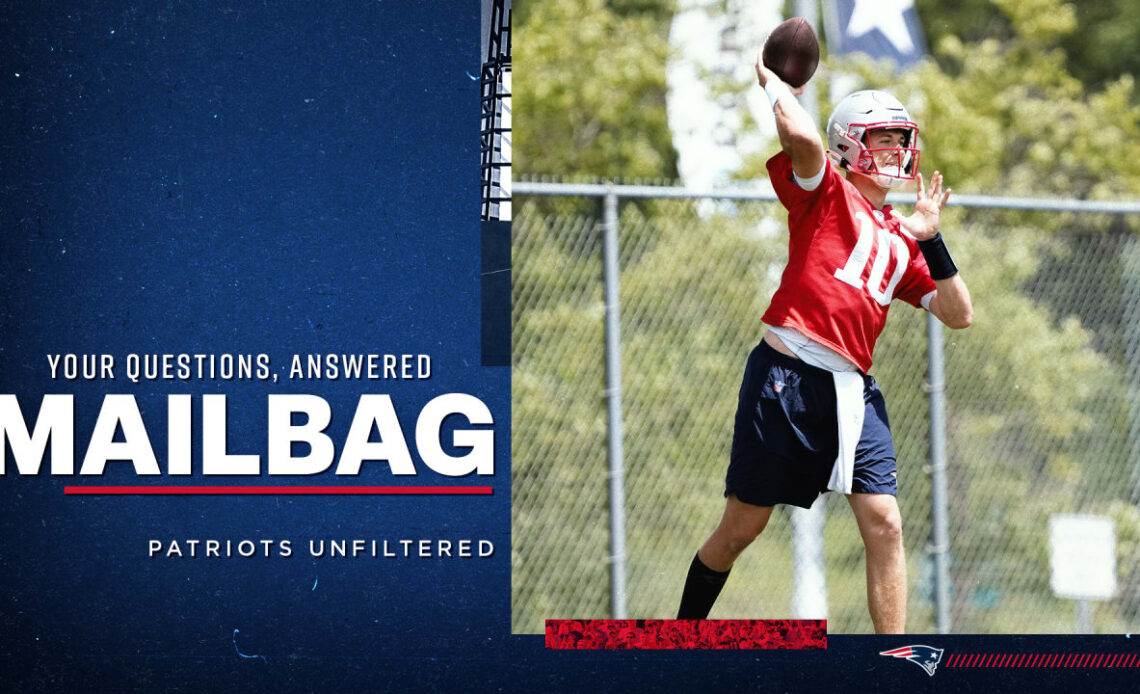 At this point I’m going to project five running backs to be on the roster and those would be Rhamondre Stevenson, Damien Harris, James White, Pierre Strong and Kevin Harris. Plus I can see Ty Montgomery sticking around in a versatile Brandon Bolden-type role where he can play special teams, serve as a running back and a receiver.

I have a similar question but from a different perspective. Which coaches (and players if any) will be involved in creating the offensive game plan each week? Does Bill Belichick get involved or does he just approve once the plan is created? And who will Mac go to when he walks off the field after a three-and-out? That will be interesting to watch, as it will provide a clear indication of who is communicating with him. – Mark Wright

I think Belichick has always been the guy who has largely been responsible for the game plans each week, both offensively and defensively. In the past I think he’s been comfortable having his coordinators follow those plans and allowed them to call the plays as they’ve seen fit. That’s certainly been the case in recent years with Josh McDaniels. I would expect Belichick to be more involved this year due to the lack of experience on the offensive side of the ball. He could be more active in the play calling process as a result but that might be hard to determine during the course of a game because Belichick is so involved with everything as the head coach. I could see Jones talking to both Matt Patricia and Joe Judge at times, and it’s also possible he’ll be on the headsets talking to a coach up in the booth and that will make it even tougher to figure out. But my gut feeling is that Patricia will be the one Jones is talking to more often than not.

New England typically likes to carry two quarterbacks and keep a third on the practice squad. With Mac headed into his second year and the Patriots drafting a quarterback do you think…