Who else could step up at WR? 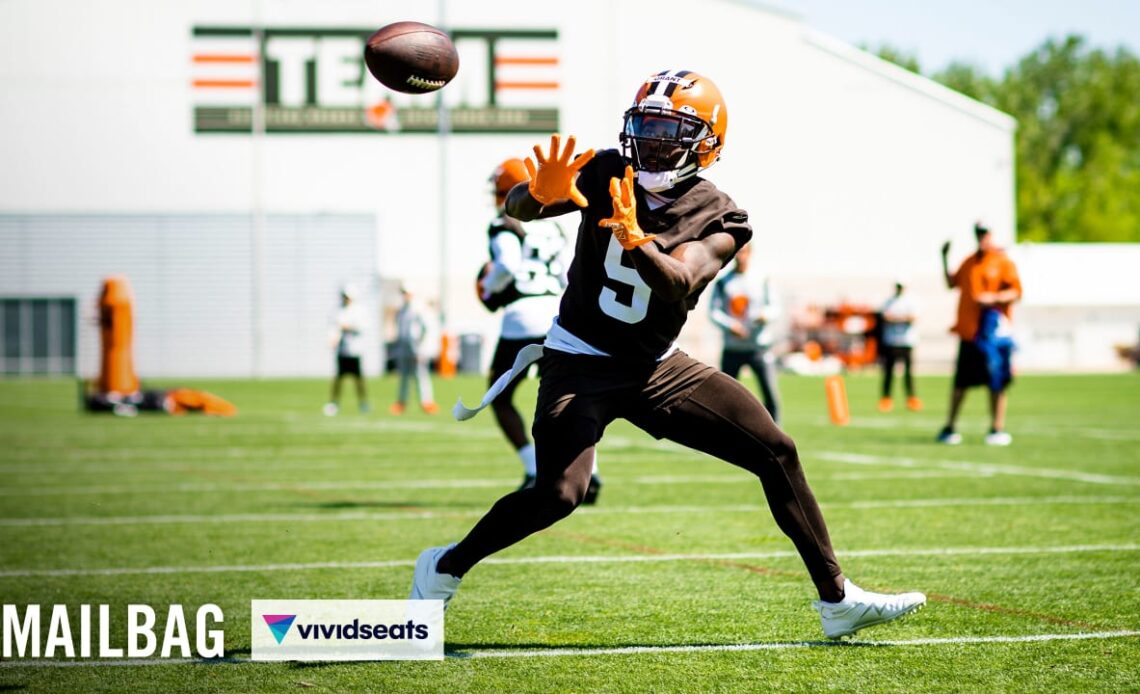 The six-week break between minicamp and training camp has begun, and that gives us plenty of time to dive into your questions about what we saw in the offseason program and what’s ahead in 2022.

We’re digging into two of your questions to start this week.

Which of the relatively unknown young receivers will make the roster and would the Browns keep 5 receivers in addition to Jakeem Grant? – Rob McCoy, Fairmont WV

A big competition is ahead for the wide receivers in training camp. We know a little bit more about how that could shuffle out after minicamp, but the prime evaluations will start in the first training camp practice in July.

The top of the depth chart will feature Amari Cooper, which we’ve known since the Browns traded for him in March. After that, just about every spot left will be up for grabs, and Donovan Peoples-Jones, Anthony Schwartz and David Bell are candidates to take the top spots. Peoples-Jones, a third-year veteran, is the oldest of the group at a still-young age of 23. Grant, as you mentioned, will also be relied on and could be used more as a gadget player, but his biggest contributions will come as a returner.

Beyond that group, the competition includes Michael Woods II, Ja’Marcus Bradley, Javon Wims, Isaiah Weston, Mike Harley Jr. and Travell Harris. Woods is a sixth-round rookie from Oklahoma, Bradley is a two-year veteran with nine career catches, Wims is a three-year veteran with 28 career catches and Weston, Harley and Harris are all undrafted rookies.

Don’t forget about Demetric Felton Jr., either. Even though he’s listed as a running back, he primarily played receiver in minicamp and made a few flashy plays in first team reps. More of those will be needed from Felton in training camp to crack the roster, as is the same for all the players listed above.

For future reference, the Browns kept five receivers on the initial 53-man roster to open the 2021 season. That number is bumped to six, however, if you count Felton as a receiver instead…