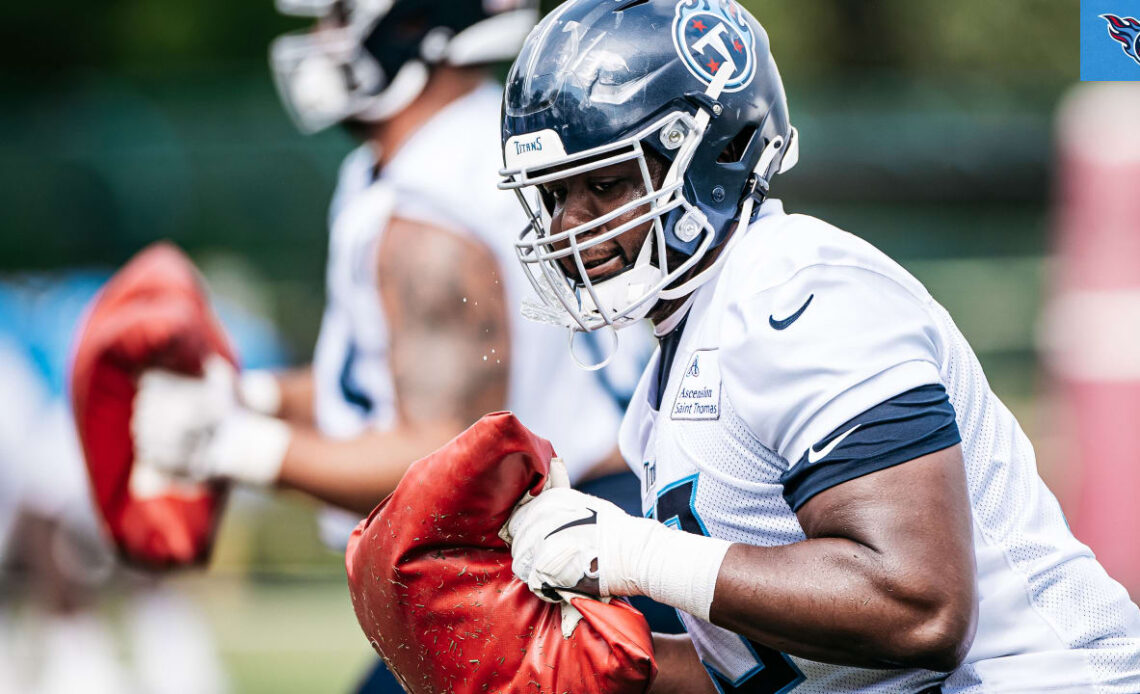 NASHVILLE – Nearly 10 years ago, Mike Vrabel traveled to the south side of Chicago and tried to convince Jamarco Jones to go to Ohio State University.

Jones was 16 years old at the time, and Vrabel was an assistant coach with the Buckeyes.

Jones ended up going to Ohio State, but by the time he first stepped foot on campus Vrabel had already left for the NFL.

Fast-forward to today. Jones and Vrabel have been reunited in Tennessee, where the veteran offensive lineman is trying to fit in on a new team while also aiming to earn a key role under Vrabel after signing with the team in free agency.

“It’s the same intensity in practice that I saw when I was recruited by him then,” Jones said of Vrabel. “He still brings the same juice now. It is great to be around somebody who played the game. He is in our meetings in the o-line room, giving us pointers on how to block defensive linemen. You don’t see that too often. So, it is great to have coach Vrabes around.”

A 6-foot-4, 293-pounder, Jones signed with the Titans after playing the past three seasons with the Seattle Seahawks.

A fifth-round draft pick in the 2018 NFL Draft out of Ohio State, Jones has appeared in 36 games over the past three seasons, while starting seven contests. He’s worked at both guard and tackle.

Earlier this offseason, Vrabel talked about his connection with Jones.

“I would go into De La Salle High School on the south side of Chicago and watch him play basketball and practice in the morning,” Vrabel recalled. “I had a great relationship with his mom, Urica. He ended up choosing Ohio State, and I left to go to Houston shortly thereafter.

“This is a player we feel his best football is in front of him. We’ve been able to evaluate him against some very good opponents. This year he played left guard against the Saints, and we’re hoping he can start there and compete at left guard. But he has versatility as well, and has played all across the line.”

Jones smiled when told about Vrabel remembering his mother’s…