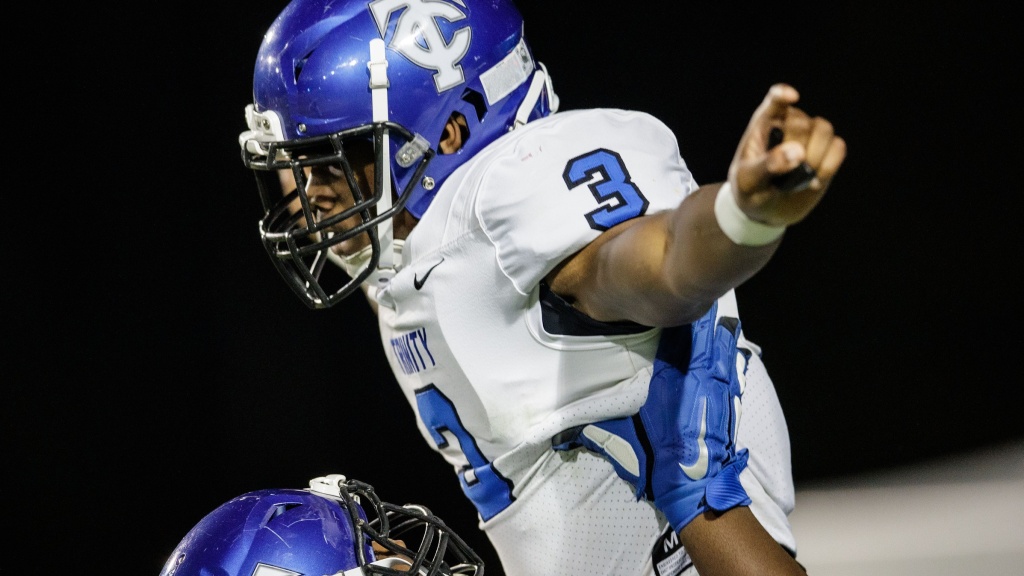 Could Penn State be back in the running for one of the top running backs available in the Class of 2023? A pair of new crystal ball predictions made seem to suggest the Nittany Lions are making a late surge for four-star running back Treyaun Webb.

Webb recently made an official visit to Penn State on June 11. Since then, two crystal ball predictions have been filed on 247Sports within the last two days. They have each been cast in Penn State’s favor. The most notable crystal ball pick was submitted by Steve Wiltfong, the Director of Football Recruiting for 247Sports with a 96.88% accuracy rating so far in the Class of 2023. Wiltfong cast his Penn State prediction for Webb on Monday.

A day later, Parker Thune of Oklahoma Insider followed with a Penn State prediction for Webb. Thune is 19-for-19 on his crystal ball predictions so far for the Class of 2023. Penn State head coach James Franklin would be over the moon if Thune is 20-for-20.

The two crystal ball picks for Penn State are the only ones on the board favoring the Nittany Lions, but the momentum is certainly riding with Penn State. When the crystal ball picks were first being submitted, Florida was viewed as the favorite for Webb, a Jacksonville native.

Webb previously announced his final five of Penn State, Florida, South Carolina, Baylor, and Tennessee. Webb is scheduled for an official visit to South Carolina but did announce he will not be making an official visit to Tennessee. Webb has previously been committed to Oklahoma (he decommitted in late November 2021). Before that, Webb had de-committed from Georgia in January 2021.

We’ll have to wait to see which way Webb ultimately decides to go. Securing his commitment out of Florida would be a nice recruiting victory for Franklin and his staff.