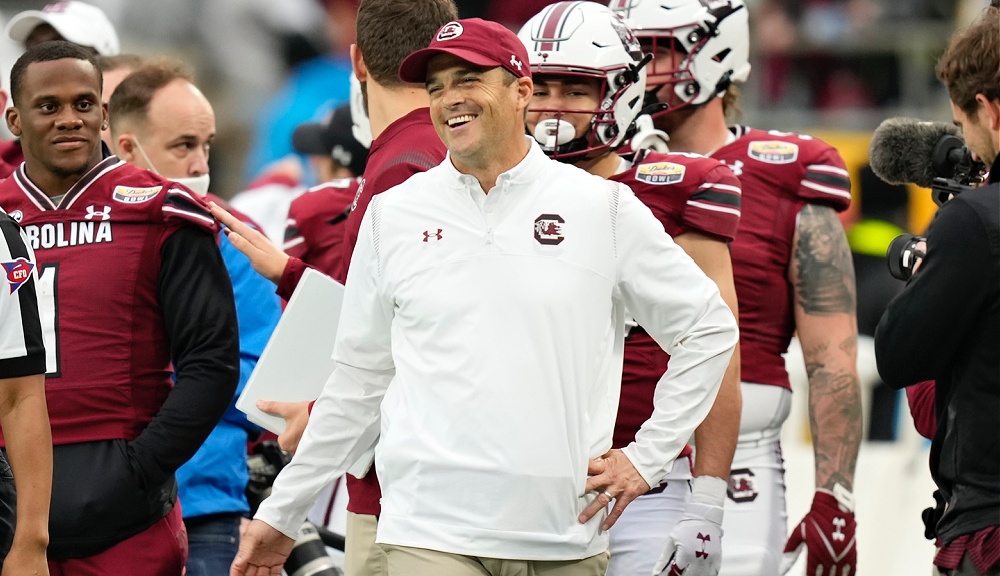 South Carolina Gamecocks Preview 2022: Previewing, predicting, and looking ahead to the South Carolina season with what you need to know and keys to the season.

It’s one of the hardest things in sports to spot, but it you look off in the distance, way out there, you might be able to catch a quick glimpse.

It’s an SEC football fan base that actually appears to be sort of … happy? Without winning a national championship?

After going a combined 6-16 in two years before the breakthrough 2021, you can understand why the Gamecock base is excited. That’s what happens when you get a good season that no one saw coming.

These things are gone in a snap, and certainly South Carolina football fans are going to want a whole lot more out of head coach Shane Beamer – losing 30-0 to Clemson is never going to sit well – but there’s real, reasonable anticipation now for a program and team that should be dangerous.

There’s a theory that there’s no better time to be a sports fan of a team than when it’s just on the verge of being really good.

South Carolina is still building, and it’s not going to be easy with a nasty schedule that would bury most teams, but there’s a ton of experience, it has a good young head coach, and with the addition of Spencer Rattler, an argument could be made that no one outside of the Denver Broncos did more to upgrade a quarterback situation.

Is South Carolina going to beat Georgia? Almost certainly not, and it probably won’t beat Texas A&M or Clemson, either, but at least the team is good enough that an upset in any of those three games wouldn’t be…