Undrafted Josh Ross Made the Roster by Making Plays 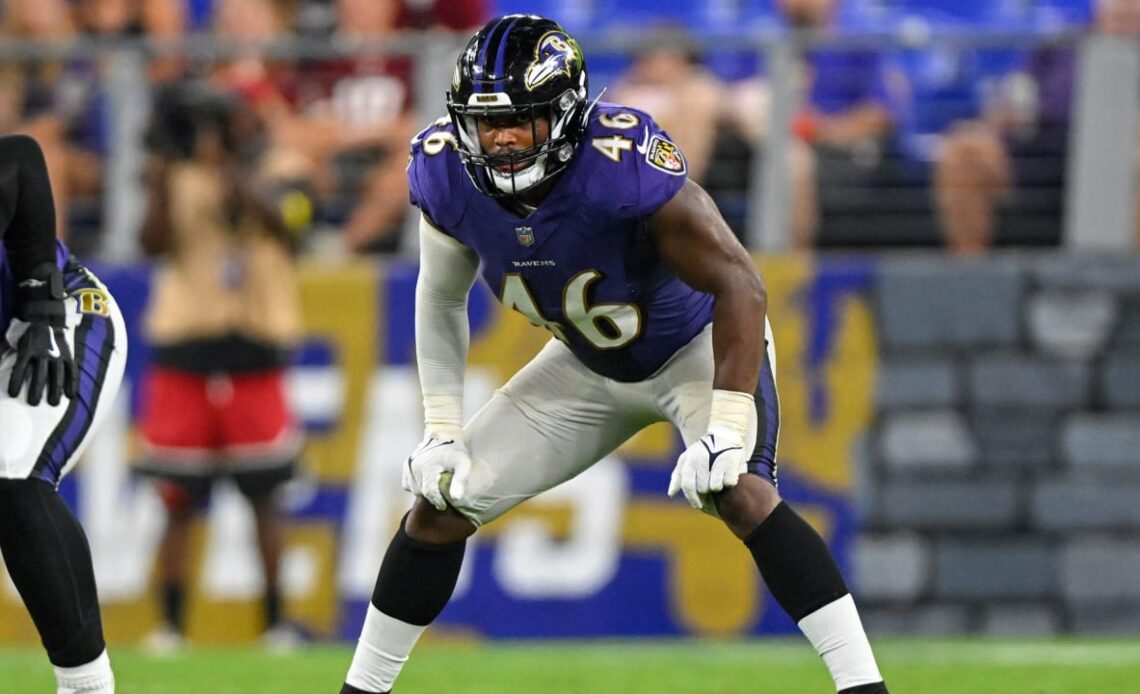 The Ravens love what Ross has done daily since rookie minicamp, making plays on special teams, as a run stopper and as a pass defender. It’s clear he reacts quickly and tackles well, after leading the Ravens with 20 tackles during the preseason.

“He earned it,” John Harbaugh said. “He played well on defense, he played well on special teams. He kept the momentum going all through camp. In the games, he made plays.”

Former Ravens inside linebacker Chris Board signed with Detroit in free agency, creating an opportunity for Ross to play regularly. Patrick Queen and Bynes are the starting linebackers on the depth chart, and Malik Harrison and Kristian Welch are the rotation, but Board played 33% of Baltimore’s defensive snaps last season. Ross was excellent in pass coverage during the preseason, creating a possible role for him in obvious passing situations.

After Ross wasn’t drafted, signing with the Ravens was a natural fit. At Michigan last season, he played for new Ravens Defensive Coordinator Mike Macdonald, who brought out the best of Ross’ ability. Ross was a team captain, relayed the defensive calls to his teammates and led the team with 106 tackles.

“Josh is just a great human being, man,” Macdonald said. “He’s mature, serious – but in the right way – thoughtful, very energetic, attacks everything that he goes about. Really, he’s one of the favorite players at Michigan that I’ve coached on a day-to-day basis. So, he deserves a lot of credit for the position he’s put himself in. And Zach deserves a lot of credit, too. Zach is with him every day, in every meeting.”

Ross thought he would be drafted by someone, but at 6-foot, 229 pounds, some scouts thought he was undersized for his position. He was also overshadowed by two Michigan defenders who were first-round picks – No. 2 overall Aiden Hutchinson who went to the Lions and safety Dax Hill who went No. 31 to the Bengals. Another Michigan standout, pass rusher David Ojabo, came to Baltimore in the second…