The best moments from Behind the Broncos: 2022 Training Camp 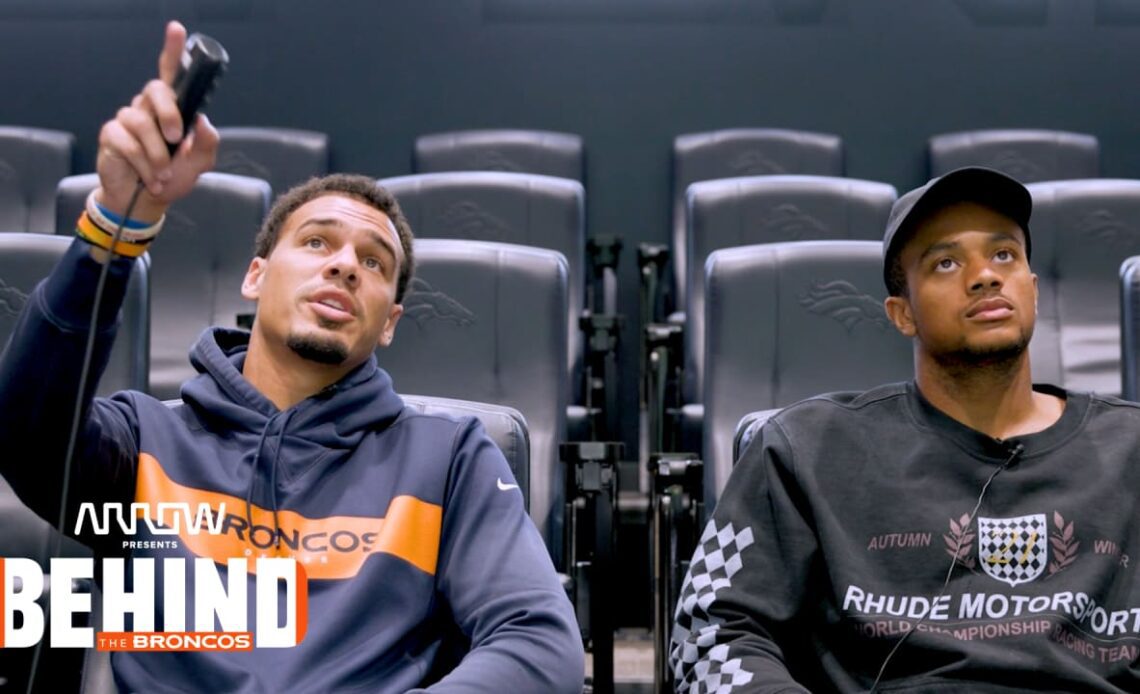 In Episode 1, we learn how Head Coach Nathaniel Hackett defines a championship mentality, join Russell Wilson on his drive to Empower Field at Mile High and get a behind-the-scenes view of the first preseason game.

In Episode 2, Justin Simmons and Pat Surtain II walk us through some of their best plays during training camp, and the Broncos reunite with a good friend in Buffalo.

And in the series finale, we get a closer look at the Broncos’ preseason finale and are able to watch how the team’s roster takes shape ahead of final cuts to get the roster down to the mandatory 53-man limit.

Here are some of our favorite moments from the trio of episodes, but make sure to check out the full episodes to see the rest, including glimpses inside the fun, competitive games that take place during team meetings and why Hackett enjoys fostering a competitive spirit even outside of football.

A FIRST LOOK AT THE NEW LOCKER ROOM

As the 2022 season got underway, the Broncos unveiled a newly renovated home locker room at Empower Field at Mile High. Players and coaches got to see it for the first time when they arrived for the preseason Week 1 game against the Cowboys.

Their reactions were priceless, ranging from awe and disbelief to bubbling excitement. Justin Simmons was one of the first players to arrive, and he didn’t know how to fully express his thoughts on the team’s new digs.

“I don’t even know if I can put it into words — are you serious?” Simmons said as he walked around the locker room. “Look at this place; this is amazing.”

KJ Hamler was blown away as soon as he walked in the door, repeatedly shouting, “Ooh!” as he took everything in.