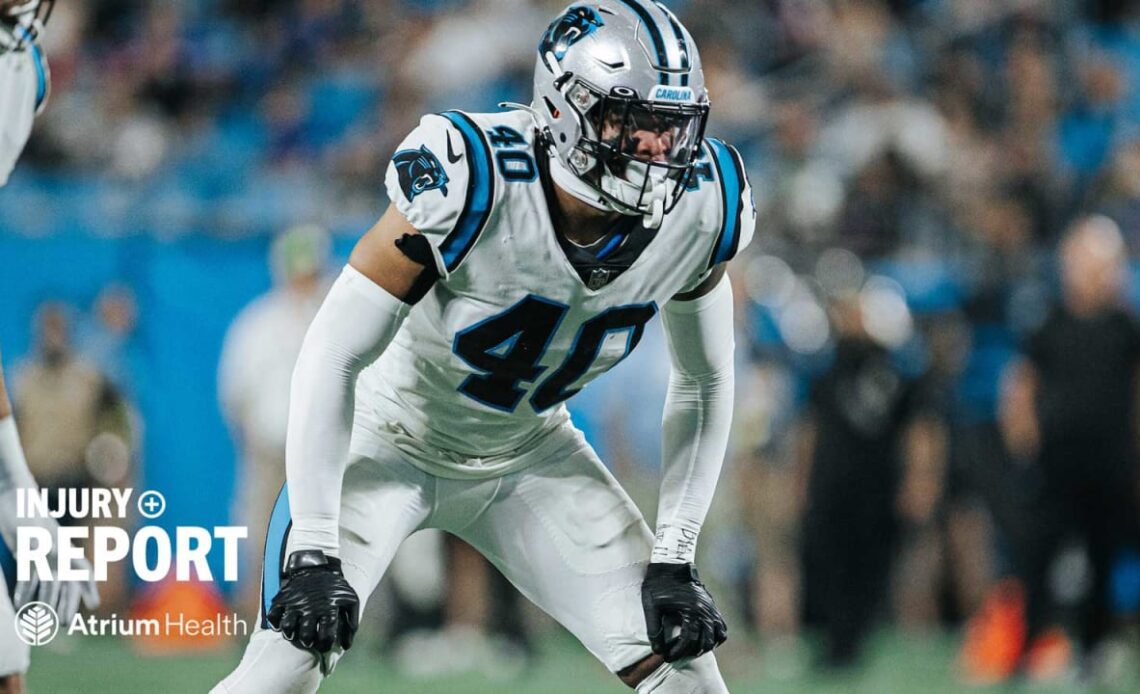 CHARLOTTE — The Panthers added a name to the injury report Friday, but all of the other players on the list were full participants in practice.

Rookie linebacker Brandon Smith was added to the report with a thigh injury and is listed as questionable for Sunday’s game against the Browns.

He’s a backup to four veteran linebackers, and could play a role on special teams this year.

Otherwise, the news was all good, as running back Christian McCaffrey (shin), tight end/fullback Giovanni Ricci (hip), and kicker Eddy Piñeiro (left hip) all practiced fully. They did not receive injury designations for the game, so they’re good to go.

McCaffery was only added to the report Thursday after he was cut by a teammate’s cleat, and was bleeding a bit. But he had a full practice yesterday as well. The Panthers added kicker Taylor Bertolet to the practice squad Friday, but there’s no indication that Piñeiro has any issues.

To see the full injury report, you can click here.