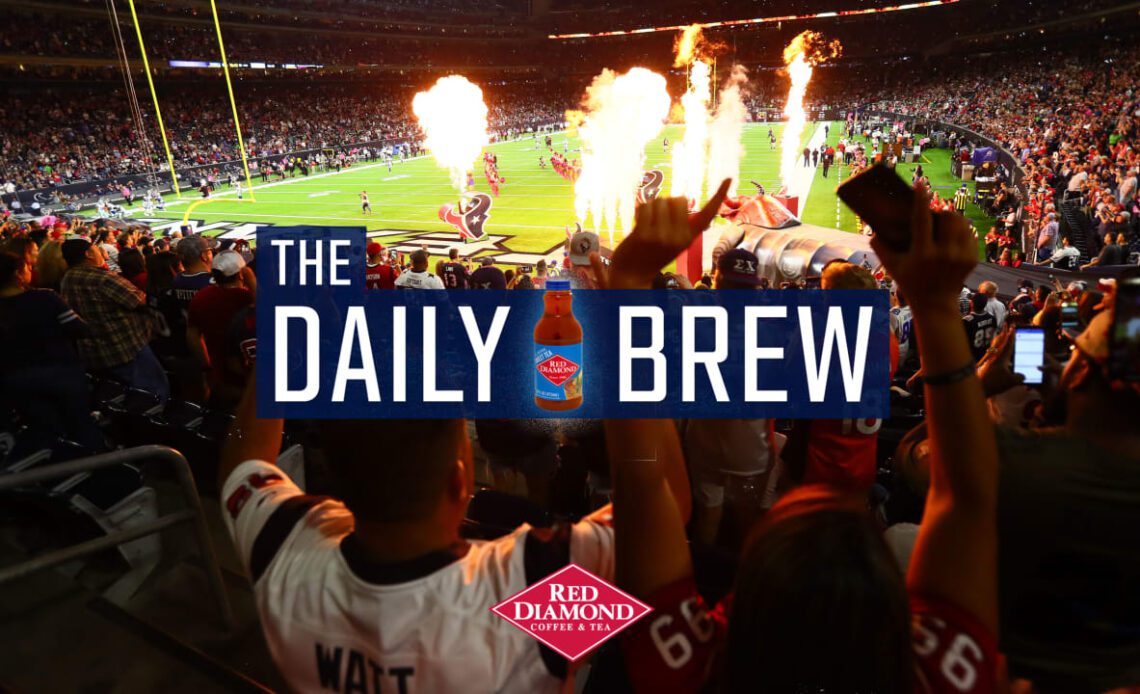 It’s time! Week 1 of the regular season is finally here and who isn’t excited?!? The Indianapolis Colts are coming into town to tangle at 12 noon at NRG Stadium. So, as I do each week during the season, here’s my By the Numbers Daily Brew

7.82 – Texans rookie RB Dameon Pierce averaged 7.82 yards per carry on his 11 carries in the preseason.

14 – The Texans played Pierce in three series during the preseason and walked away with two touchdowns (14 points) on the three drives.

128.5 – The last time that QB Davis Mills played a full regular season game at NRG Stadium, he finished with a QB rating of 128.5.

3 – The Texans did not score a touchdown last season against the Colts, mustering only three points in the matchup at Lucas Oil Stadium.

9 – Prior to last year, the largest margin of victory in the previous 15 matchups with the Colts was nine points.

10 – The Texans could have as many as ten new starters at a different position on the field than they did in week one in 2021.

230 – The first time that the Colts opened the season at NRG Stadium was in 2010. On that day, Texans legendary RB Arian Foster ran for 230 yards, a team record, and three touchdowns in a 34-24 win over HOF QB Peyton Manning and the Colts.

7 – Colts QB Matt Ryan faced a Lovie Smith coached team seven times in his career – three against the Bears, four against Tampa Bay – all of them while a member of the Atlanta Falcons.

4 – Colts RB Jonathan Taylor has scored a touchdown in four straight games against the Houston Texans.

3 – Taylor has a three game rushing touchdown streak against the Texans in the last three games.

95 – Taylor’s LOWEST total yardage output in a game against the Texans was in 2020. He had 83 yards rushing and just 12 yards receiving. Here’s hoping that number is even lower on Sunday when the Colts come to town.