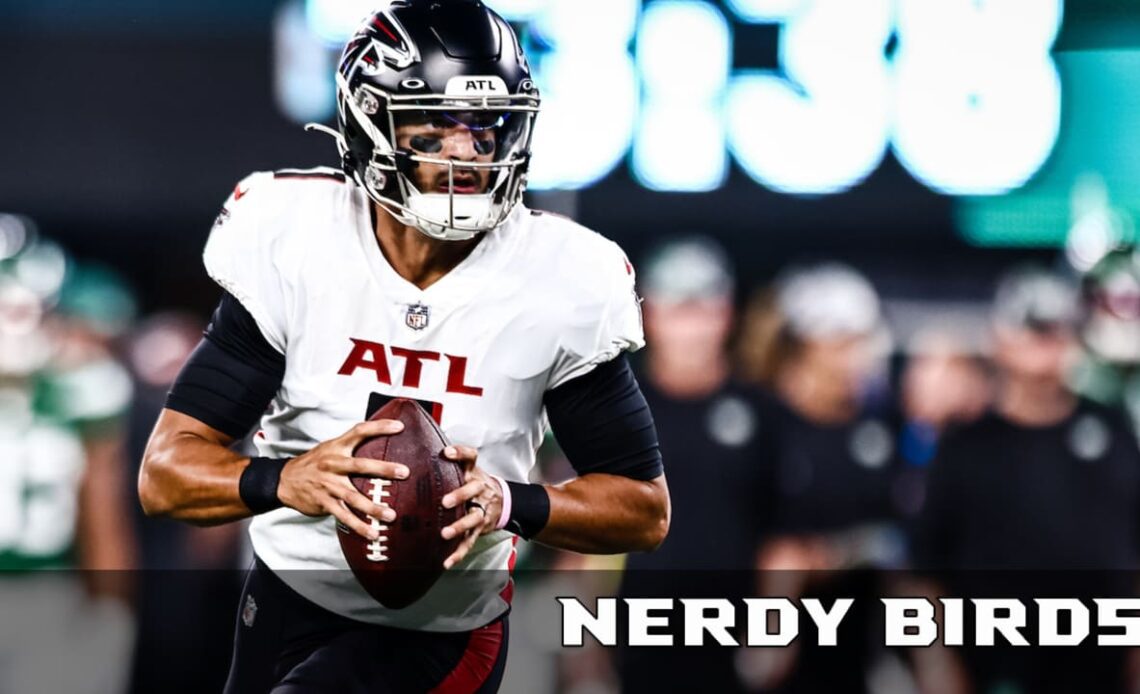 Since entering the league in 2015, Marcus Mariota is one of six quarterbacks with at least 13,000 passing yards (13,474) and 1,500 rushing yards (1,574) over the past six seasons. He ranks eighth among quarterbacks in rushing yards during that span, and his 5.96 yards per carry ranks second to only Lamar Jackson (5.97). The advanced stats show how Mariota’s dynamic ability on both designed runs and scrambles adds a unique element to the Falcons offense. According to Tru Media, Mariota has generated 0.55 expected points added per scramble and 0.36 EPA per play on designed runs during his career. Since 2015, his 39.3 total EPA on designed runs ranks third among all quarterbacks trailing only Jackson and Cam Newton.

Mariota’s ability to run may make the biggest impact on third downs. Over the course of his career, the Heisman Trophy winner has rushed for a first down on 62.7 percent of his third-down carries. Last season, nine of the top 10 teams in terms of points per drive were also top 10 in down set conversion rate, or the percentage of first downs that teams converted into another first down or a touchdown.

Essentially, the more frequently a team can extend a drive the more frequently they will score. In 2021, seven of the top 10 teams in down set conversion rate also finished with top 10 three-and-out rates. The Falcons ranked 24th in points per drive, 25th in down set conversion rate, 19th in third-down percentage, and 21st in three-and-out percentage. The Falcons ability to extend drives will have a direct correlation with their ability to score and keep the opposing offense off the field. Mariota’s dual-threat talent should help the Falcons improve in these key areas.