Takeaways From Buffs At Air Force 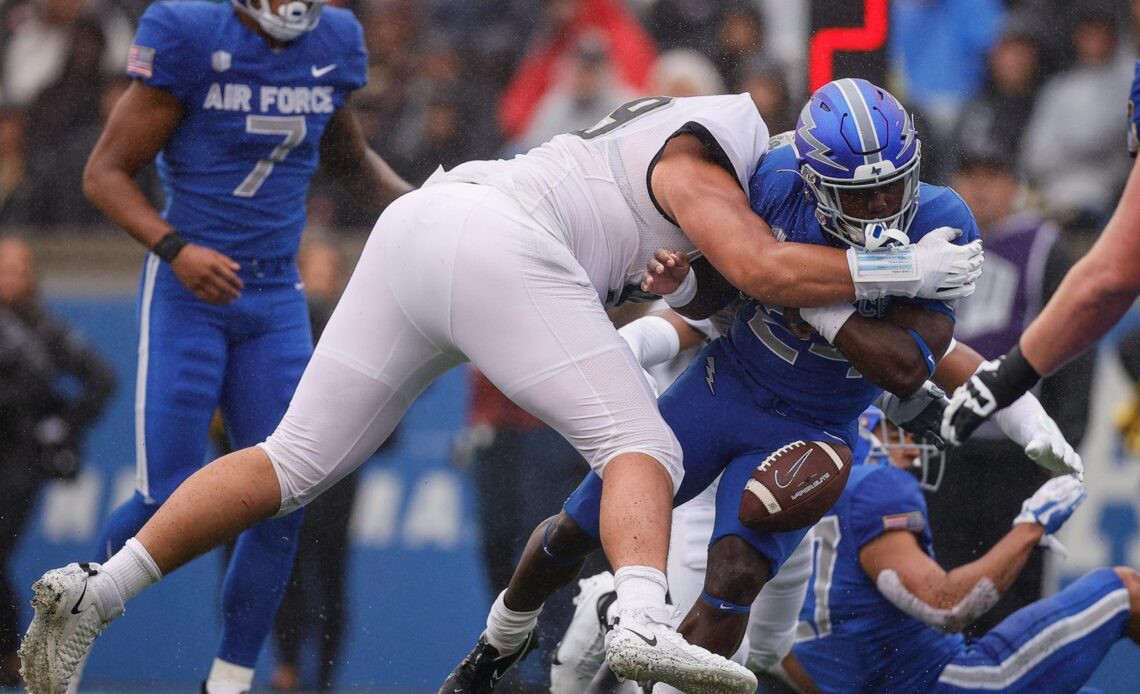 In his postgame press conference following Saturday’s 41-10 loss at Air Force, Dorrell said, “We have a tremendous amount of work to do … the coaches and myself, we all take responsibility for it.”

Saturday’s defeat at Falcon Stadium bore some similarity to Colorado’s season-opening 38-13 loss to TCU. Despite some early mistakes, the Buffs were in the game in the third quarter — and then they weren’t. CU failed to take advantage when opportunity knocked, and the Falcons were more than happy to slam the door.

Our takeaways from Week 2:

1. Inability to convert crucial short-yardage situations. Despite two early turnovers that put the Buffs in a 20-0 hole, Colorado had a chance to close the gap to 20-17 early in the third quarter and make it anyone’s ballgame.

But a first-and-goal at the Air Force 2-yard line produced a fumble on second down, an AFA recovery and an empty trip to the red zone. Colorado then failed to convert a fourth-and-2 in Air Force territory on its next possession — with the score still 20-10 — and later in the game came up short on fourth-and-3 when quarterback J.T. Shrout slid too early with the first down marker well within his reach.

Saturday was not a one-time aberration. The Buffs were 0-for-3 on fourth-down tries the previous week, including a try deep in TCU territory early in the game that would have given CU some terrific early momentum.

2. Still no answer at quarterback. The Buffs went with Shrout the entire game Saturday, ending a streak of 13 consecutive starts for Brendon Lewis.

But the change didn’t inject much life into the CU offense. The Buffs had just one drive that went for longer than 26 yards, a 71-yard touchdown march in the second quarter when Colorado’s running game suddenly found life. After that, however, the Buffs never really established anything resembling a rhythm again.

By no means was the…