Time for Bears to focus on mental aspect of opener 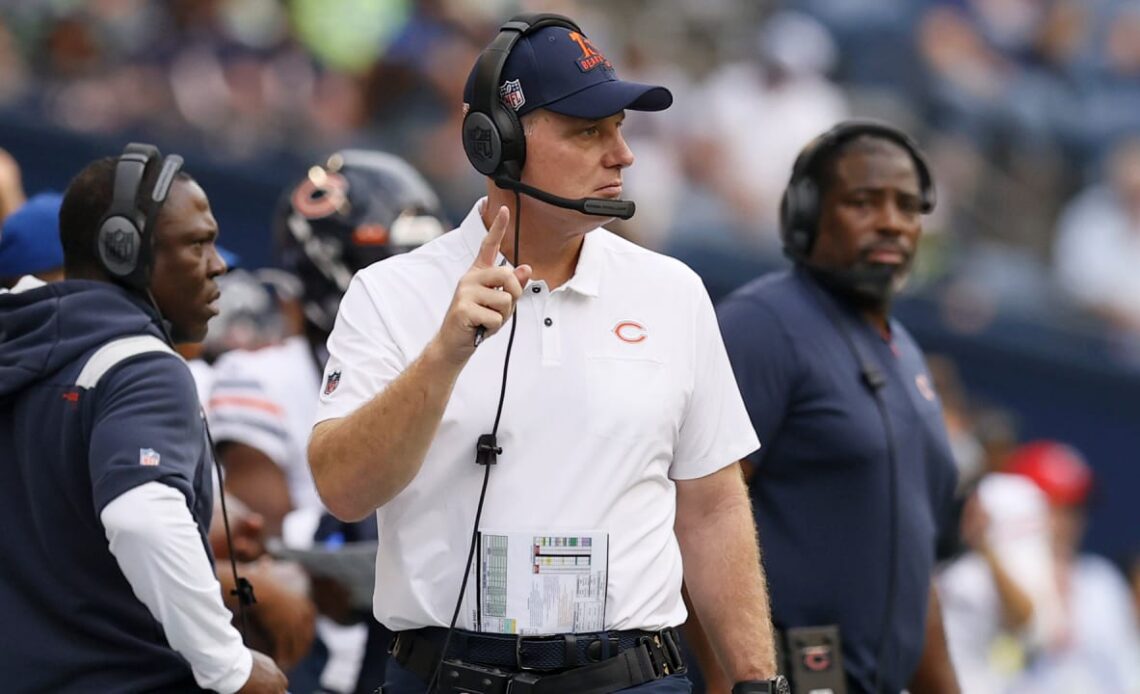 Eberflus has watched the Bears consistently progress and elevate since he was hired late in January. The gradual improvement is exactly what the coach wanted. Rather than rushing the process, he has focused on laying the groundwork for long-term success.

Seeing the players buy into his “HITS” principle and executing those fundamentals of hustle, intensity, takeaways and (playing) smart, Eberflus is confident in the team’s readiness for Week 1.

“I feel that we’re in a good spot,” Eberflus said. “We’ve built a lot of good things over the course of these seven months. We’re in a good place for where we’re building this. Our foundation is starting to settle in. Of course, that’s going to take a while. You don’t just build a foundation and start building on top of it right away. We’re still building a foundation and we’re going to put it on display on Sunday.”

As Eberflus has prepared for his head coaching debut, he’s leaned on some of his mentors like Alabama coach Nick Saban and former University of Toledo coach Gary Pinkel. Both coaches have told Eberflus to focus on being himself, stay honest in the relationships he’s built and listen to his instincts.

The emotions leading up to that first game for Eberflus have been the same as his players: confident, ready and focused. He expressed gratitude for the coaches and support stuff alongside him, praising everyone’s level of preparation.

One of Eberflus’ final tasks before Sunday will be addressing the team Saturday night. He plans to continue preaching the importance of the team focusing on its own gameplan and principles rather than who the opponent is.

“To me, it’s about us,” Eberflus said. “It’s about what we’ve done to this point and we’re really going to focus on us. I know you obviously have to focus on the great players that San Francisco has and how you are going to limit them and do the best you can that way, but this all comes down to us. It’s about us building a foundation. It’s about us really going out there and executing the gameplan and play aggressive, clean, smart football and that’s what we want to do.”