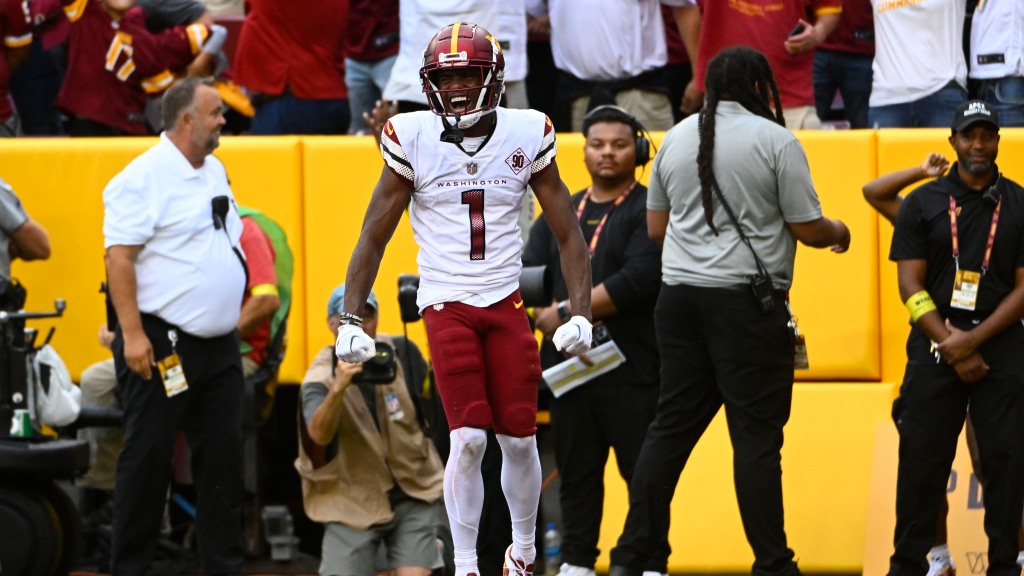 Carson Wentz and Jahan Dotson connected on a 24-yard touchdown pass with 1:24 remaining as the Washington Commanders rallied to win their season opener over the Jacksonville Jaguars 28-22 Sunday at Fed Ex Field in Landover.

Wentz had experienced quite the roller coaster day, with two touchdown passes early but then had thrown two interceptions, and the Commanders found themselves down 22-14 when James Robinson scored from one yard with 11:45 to play.

But Wentz saw Terry McLaurin open down the right sideline for a 49-yard touchdown with 9:36 remaining. However, Wentz was sacked on the two-point conversion attempt leaving the Commanders trailing 22-20.

Following a Jaguars punt, Wentz led the Commanders on a 90-yard drive for the game-winning score. Facing a 3rd & 8 at the Jaguars’ 24, Wentz dropped back and looked left as Dotson was running an out and up route. Wentz lofted his pass in the end zone, and Dotson displayed his ability to catch contested passes, coming down with the biggest play of the day. It was also the second touchdown reception for the rookie in his first NFL game. Wentz then found McKissic for the two-point conversion and the Commanders led 28-22 with 1:46 remaining.

Ironically, the game-saver transpired on a third down with the Commanders’ defense. The 2021 third-down defense was nothing short of terrible, finishing next-to-last in the NFL. On this 3rd &11 from the Jaguars’ 44, Trevor Lawrence dropped back, was rushed, rolled left, and desperately lofted a reckless pass downfield which Washington safety Darrick Forrest intercepted, preserving the come-from-behind win.