Aaron Rodgers opens up on young WRs in Packers’ blowout loss: ‘We knew there was going to be growing pains’ 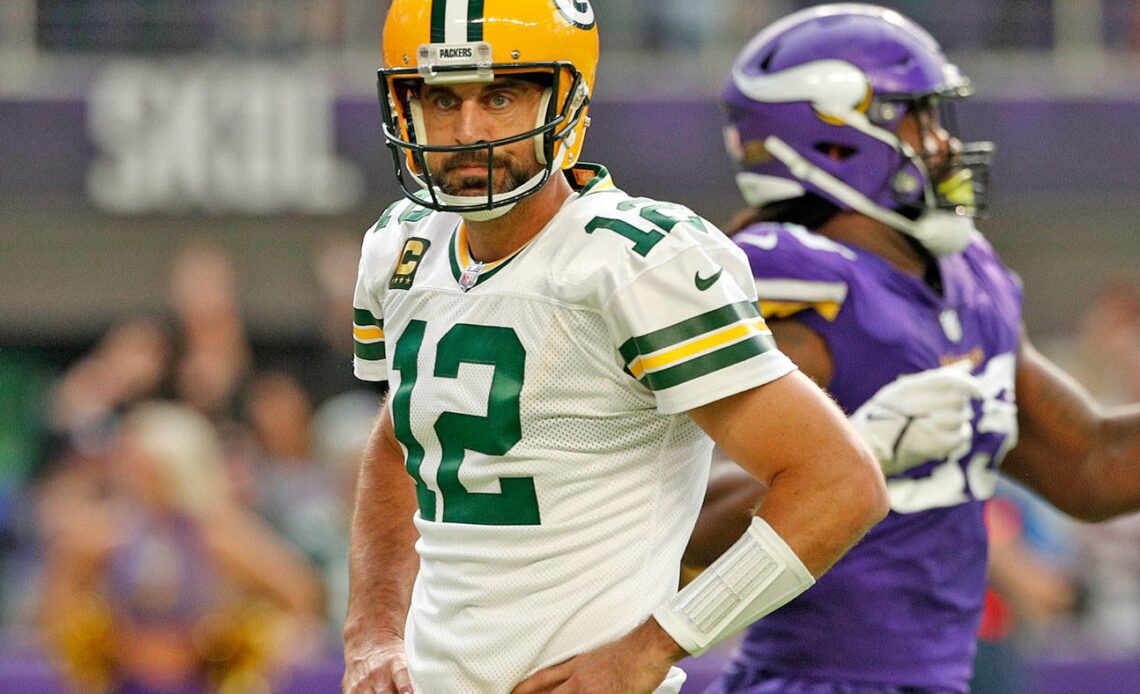 Aaron Rodgers played in Week 1 without two of his top three receivers from last season, the second consecutive year he took home MVP honors. Rodgers was without Allen Lazard (ankle), the only wide receiver on the roster who caught over 30 passes from last year still on the roster, in the Packers’ 23-7 loss to the Minnesota Vikings, Of course, former Green Bay star Davante Adams was traded to the Raiders in the offseason.

The results with Sammy Watkins, Randall Cobb, Christian Watson, and Romeo Doubs were disastrous. Rodgers completed just 22 of 34 passes for 195 yards with no touchdowns and an interception in the loss, finishing with a 67.6 passer rating. No. 2 running back A.J. Dillon was his leading receiver with five catches for 46 yards.

Rodgers had an opportunity to have a big-play touchdown on the Packers‘ first offensive play of the game. Trailing 7-0 in the first quarter, Rodgers threw a bomb to a wide open Watson, who dropped the ball as the Packers drive soon stalled after three Rodgers incomplete passes.

“We knew there was going to be growing pains,” Rodgers said. “This is real football. It counts. It’s different. There’s nerves. I thought Christian (Watson) ran a great route to start the game. We talked about it during the week, do you really want to start off with a bomb shot, I said, what the hell, yeah, why not, this kid can really fly, let’s give him a chance.

“I was teasing Patrick (Peterson) after the game that we got him, he said, yeah, I wasn’t quite warmed up yet. But we’ve got to make those plays. But those are going to happen. It’s the mental mistakes that we’ve really got to clean up, and there was too many across the board.”

The drop set the tone for the young receivers, as Watson and Doubs combined for six catches and 71 yards on nine targets. The Packers didn’t have their top two tackles — David Bakhtiari and Elgton Jenkins — in the loss either, which was part of the disrupted flow of the offense.

Rodgers showed his frustration during the game, especially since a dropped deep pass played an integral role in the offense finishing with just 5.3 yards per pass attempt. The drop wasn’t the source of Rodgers’ frustration.

“Obviously it would be great to have a 75-yard touchdown to start the game, but drops are going to happen. It’s part of the game,” Rodgers said. “It’s the…