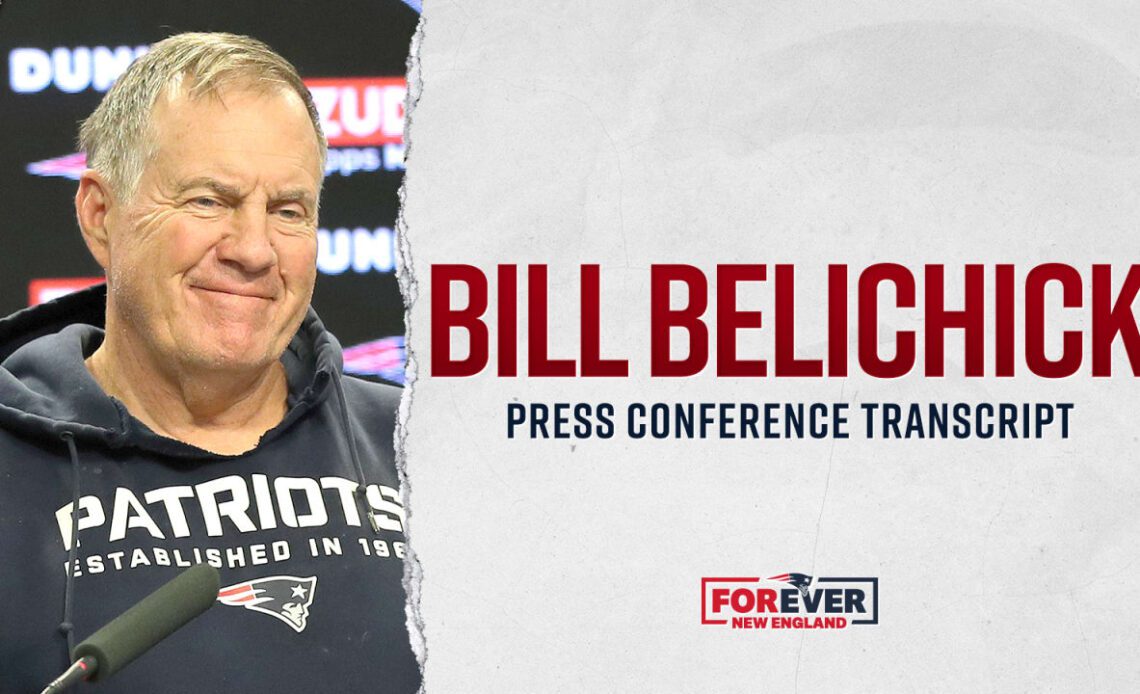 BB: Yeah, not really too much new to add from last night because it’s just kind of a quick recap. But looking at the game, the two big plays really affected the score. Fourteen points on two plays that we gave up. Obviously have to do a much better job on that, coaching, execution, everything. We’ve got to eliminate those. Otherwise, it was a pretty competitive game from a yardage standpoint, and all that. Our turnovers are our problem. Again, that’s something that we have to do a better job of and, just in general, playing better all around football. There’s some positive things to build on, but plenty of things to work on. And that’s what we’ll do, is look at the game, identify the things that we did well, try to keep doing those well and things that we need to improve on, we need to work harder to improve on. So no update on Mac [Jones]. We’ll see how he is today. But he came back with us. So we’ll see how that goes. Yeah, that’s about the news from yesterday.

Q: Bill, I know you said no update on Mac. We didn’t have anything from you yesterday on that. It was reported his x-rays were negative. Does that mean that’s the entirety of your understanding about the severity of his injury?

BB: Yeah, like I said, we’ll take a look at it today. It has nothing to do with Mac [Jones]. Just in general, where players are immediately after the game and where they are, let’s call it 18 hours after the game is often quite different. I know everybody’s hungry for an up to the second update, but honestly the best way to handle these situations is always to give a little time, see what happens, run whatever tests or analysis need to be run and then go from there. So that’s what we always do. That’s what we’re going to do in this case. That’s what we’re going to do in every other case with every other injury. Unless something is more clear cut or obvious in a very short period of time, which sometimes it is, but that’s…