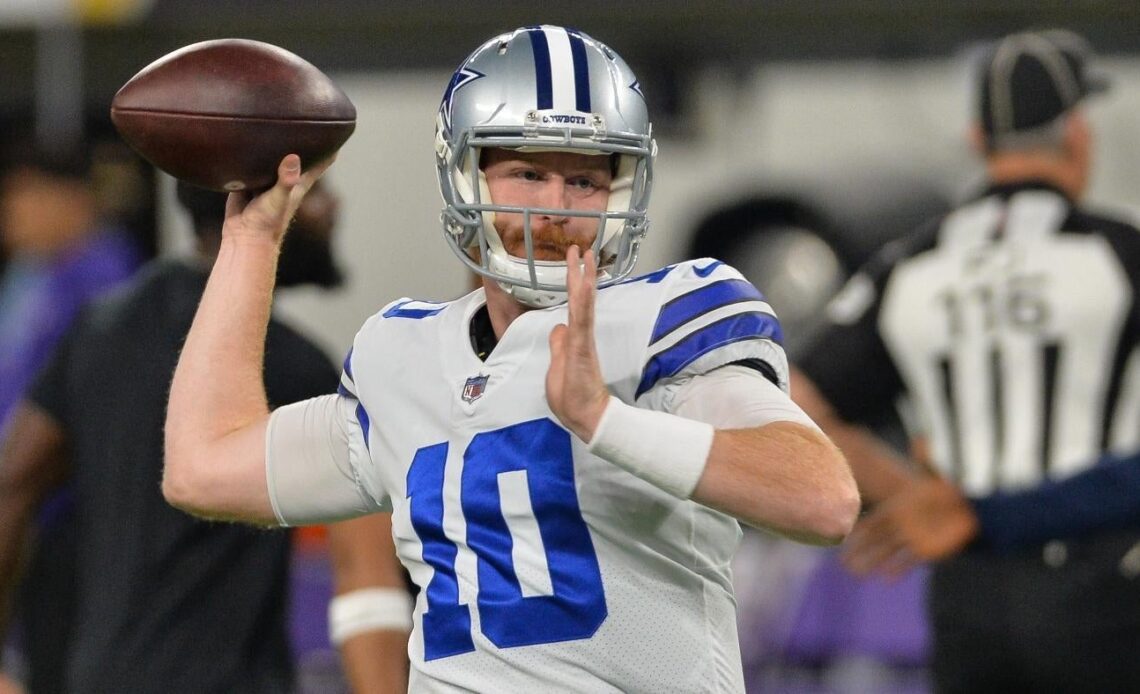 The Cowboys didn’t just lose an ugly season opener on Sunday night, falling 19-3 to the Buccaneers in a dismal offensive showing. They also lost one of the few remaining stars of their offensive lineup, with quarterback Dak Prescott set to miss multiple games after requiring hand surgery from an injury suffered against Tampa Bay. Now what happens at QB in Dallas?

The most likely answer is simply that backup Cooper Rush, who replaced Prescott for the final six minutes of Sunday’s game, will take over as the interim starter. Rush did this briefly in 2021, when he started a single game — a Week 8 Monday night win over the Vikings — while Prescott recovered from a calf injury. Originally undrafted out of Central Michigan in 2017, the 28-year-old reserve has spent the better part of five years with the team, only once appearing in more than two games during a season.

Rush was relatively effective in limited action last year, his most prominent with the team, going 30 of 47 for 422 yards, three touchdowns and one interception (105.1 passer rating) in five games, including the start against Minnesota. He was less so Sunday night coming off the bench, going 7 of 13 for 64 yards while trailing by 16, albeit with a makeshift injury-riddled supporting cast.

The only other official option for the Cowboys, for now, is practice squad QB Will Grier, the 2019 Panthers third-rounder who competed for the backup job this summer. The 27-year-old Grier, a former West Virginia standout, is eligible for both a promotion to the active roster or at least three one-week call-ups from the scout team. He spent all of 2021 inactive on Dallas’ roster, and also did not play a game for the 2020 Panthers. He does have two starts on his resume, however, from his rookie season, when he struggled in Weeks 16-17, completing just 53% of his passes and throwing zero TDs compared to four picks.

As for external options, it’s probable the Cowboys will look to re-sign free agent Ben DiNucci, who was released during final cuts after two years on and off the practice squad. The former undrafted James Madison product appeared in three games in 2020, making an emergency Sunday night start against the rival Eagles, going 21 of 40 for 180 yards in that game, a 23-9 loss.

If Dallas looks even further outside the team, the most notable veteran alternatives include former Panthers starter Cam Newton (unsigned),…