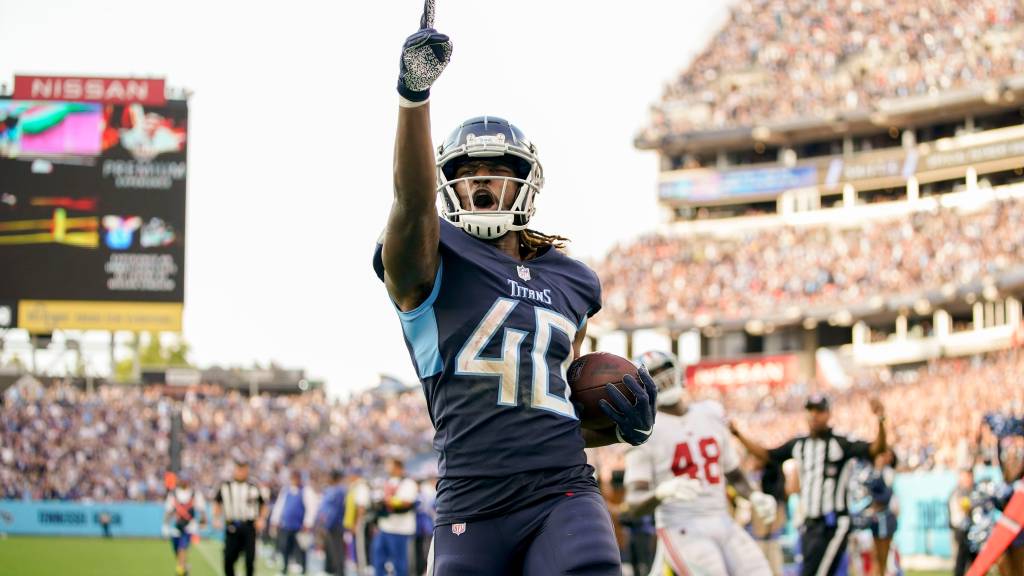 Tennessee Titans running back Dontrell Hilliard was one of the bigger surprises in fantasy football in Week 1 of the 2022 season.

Despite having to battle for work with one of the true few workhorses left in the NFL, Derrick Henry, Hilliard still managed to make a big impact, securing three catches for 61 yards and two touchdowns.

His touchdowns came from seven and 23 yards out, and his longest gain was 31 yards. Hilliard’s four targets were tied for third on the team. He also added two carries for eight yards.

As good as Hilliard looked, we can’t get too crazy about him moving forward.

Hilliard certainly made the most of his opportunities, but he only had 11 of them — that is, 11 snaps. And, of those 11 snaps, he had just five touches.

Henry is still very much dominating this backfield and Hilliard would have to be insanely efficient to have any standalone value at this point. That is not happening here.

Adding to that, Tennessee’s passing attack is a very tough situation to try and predict right now. Ryan Tannehill is still feeling out the slew of new pass-catchers he has, so there’s no telling who he’ll favor on a weekly basis.

Hilliard is a decent speculative add on waivers this week, but we wouldn’t put in a claim or spend any FAAB budget to get him if you don’t have Henry on your roster.

If you have Henry on your roster and didn’t grab Hilliard before the season, there’s a bit more urgency, as he’s the clear handcuff to one of the best running backs in the NFL.

And that same handcuff who would have cost you nothing before the season just got a bit more expensive if there are box-score researchers in your league who are desperate for a running back.

If The King were to get hurt, Hilliard would see a big enough uptick in work to warrant flex consideration, especially in PPR, but even then you’d have to worry about rookies Hassan Haskins and Julius Chestnut cutting into Hilliard’s carries.

Also of note was Hilliard’s absence in favor of Haskins on Tennessee’s hurry-up drive on the final series of the game. That could mean the Titans prefer Haskins in pass protection, which could limit Hilliard’s snaps further.

If you want Hilliard as a handcuff, put a decent FAAB bid in (five percent tops) but don’t put the house on him. If we’re talking traditional waivers, you may want to hold off using one of the top few spots.

If you have Hilliard as a handcuff already, good job and keep him on your bench. If you have…